Recognition in, racism out: it’s time for constitutional change

Right now the stars are aligned for Aboriginal and Torres Strait Islander people to win recognition in the Australian constitution: there’s a national awareness campaign, RECOGNISE!, a Referendum Council working on the wording of the question to put to the Australian people, and for the first time, strong Indigenous representation in the Federal Parliament, and support for the change from both the Prime Minister and the Opposition Leader.

For these reasons, “we’re now probably at the final 100m of the 4×100 metres relay”, Mark Yettica-Paulson told the annual general meeting of the Local Government Association of the NT.

The meeting presented a rare opportunity of getting this cross-section of NT local leadership all in the one room.

“I know it could keep going but I desperately hope it doesn’t,” said Mr Yettica-Paulson, appointed joint campaign director for RECOGNISE! just a couple of months ago, alongside Tim Gartrell.

He is an Indigenous man from the south-east Queensland, north-east NSW region, but has Territory roots, born in Darwin to Graham and Iris Paulson (pictured with him, left), who were working with the Gurindji at Kalkaringi and Daguragu back in the ‘70s.

Graham Paulson was Australia’s first Aboriginal Baptist Minister and was also involved, as Mr Yettica-Paulson told the gathering, in the National Aboriginal Conference’s Makarrata process in the late ‘70s – the closest Australia has come to having a treaty with its First Peoples, under the government of Malcolm Fraser.

One of “the pillars” of that negotiation, he said, was that there ought to be proper constitutional recognition of Aboriginal people and removal of racial discrimination from the nation’s founding document.

That was decades ago yet recognition has still not been achieved.

Mr Yettica-Paulson humorously described the way the ball has been dropped by the Federal leadership in more recent times.

“John Howard said in the 2007 election we should do this. He didn’t win. Kevin picked it up, ‘Oh yeah, I’ll give this a shot’, then Julia says, ‘Oh, can I take that seat, Kevin?’, and then she gets in and she goes, ‘Yeah, we’ll give this a shot’, then she goes, ‘Oh, my back!’ Then Kevin comes back. Then Kevin gets in and moves on with it, then Tony gets in … you can see why our issue keeps getting pushed back.

“The great thing, on the other side of it, you’ve got a resurgence of political activism amongst our peoples that we haven’t seen for 10, 15 years. I’m really impressed with the young fellers coming through who are saying, ‘Can we please get this done, can we do something about this!’ Then you also get the rise of young people who say, ‘I want to do treaty, I want to do something better!’ 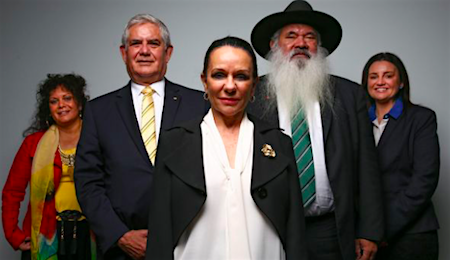 “What this means for our people is that we have got a big conversation to push.”

And that’s not only within Indigenous communities. According to the Expert Panel report to the Australian Government, half the population didn’t know Australia had a constitution, said Mr Yettica-Poulson. They were more familiar, thanks to media exposure, with the amendments to the American constitution, which have “nothing to do with us”.

They were even more are surprised to find out that Aboriginal and Torres Strait Islander peoples are not named in the document.

“The constitution, written as it was in 1900, remains completely silent about our people, our history and who we are. There is nothing in there that says anything about the First Peoples of this land.”

Now is the time to put that recognition in and to take racism out, he said.

There are two sections of the constitution involved, he explained: Section 25 is the one to remove. It talks about the power of states to ban a race from voting, not giving the states that power but assuming that it exists, stipulating that if a race were banned from voting in a state jurisdiction (as Aboriginal people were in Queensland), then that state couldn’t go asking the federal government for money for people of that race. 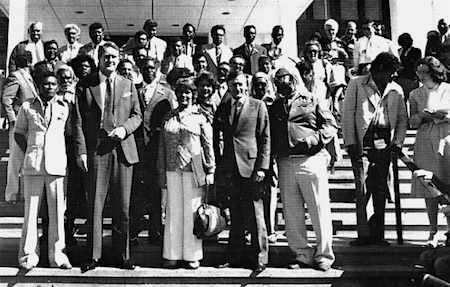 “Everyone agrees that Section 25 has nothing to do with a modern constitution,” said Mr Yettica-Paulson. Dealing with Section 51(26) is more complicated. It allows the Commonwealth to make special laws for any race in the country, but it doesn’t stipulate that these laws have to be of positive benefit. They can therefore be used negatively.

Left: Members of the National Aboriginal Conference at their inaugural meeting with PM Malcolm Fraser in 1978. Source: kooriweb.org

“That needs to be fixed,” he said, because Native Title hangs off that section, as do special provisions on Aboriginal and Torres Strait Islander cultural heritage protection.

Earlier in the current recognition process, the aim was to have the referendum coinciding with the 50th anniversary of the 1967 referendum. That is no longer realistic, but Mr Yettica-Paulson thinks the country can do it before the Commonwealth Games in April 2018. He wants Australia to be able to say to the other countries of the Commonwealth “we’ve wrestled with this, argued through 2017 about it, we’ve resolved it and we’re moving forward.”

He hopes that the federal leadership will send a positive signal before Christmas that “this is something that sits above our politics and we can do this”.

Their hesitancy undermines the forward momentum of the movement: “Your average, everyday Australian who goes, ‘I thought this was a no-brainer”, [thinks] maybe there’s something else going on here, maybe there’s a reason they don’t want to do this, then you get your far right, ‘See, I told you, you can’t trust these Aboriginal people’.”

The Northern Territory has a special place in the process, as the jurisdiction with the highest proportion of Aboriginal people in its population.

“There’s a big difference between your reality and where I live on the east coast, we know this,” said Mr Yettica-Paulson.

“There’s also a big difference in the way people see their relationship with each other. Half of Australia on that side of the country, they don’t interact with our mob on a daily basis.

He and his colleague Mae Mae Morison, NT Field Team leader for RECOGNISE!, urged local governments to get on board and have the recognition discussions with their communities.

To date, five councils have signed on, and they don’t include Alice Springs: East Arnhemland, West Arnhemland, MacDonnell, Central Desert and Katherine. 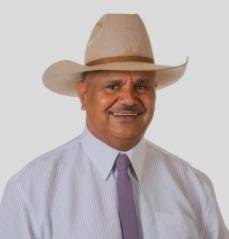 But signing on with good will is one thing, having the resources to lead those discussions is another, as Roper Gulf Mayor Tony Jack (left) commented.

There is only one of Ms Morrison for the whole of the NT and she is “desperately looking for support” from volunteers, she told the meeting.

“Mae Mae, I feel sorry for you,” said Mayor Jack. “You got a big responsibility, in the whole Territory. My worry is, I live in a  remote area, my people don’t understand all that stuff you talking about, how we going to deliver that message out there?

“I worry about this sort of thing. We can do what we can from council, supporting, but we need more staff. We just seen the Census go past. They had a big stuff-up there, they had big mob staff  running around. What you telling me, only one staff? That’s where it’s wrong, we gotta fix that up.

“We got cultural people here in the Territory, you know. We gotta try get that message out.

“Subject is important, we have to get in right, we can’t stuff it up!”

Ms Morrison agreed and says she’s told RECOGNISE! about just what the campaign will involve in the Territory, in terms of logistics and the time needed to sit down with people and explain what is it stake: “I’m feeling it!”

Will we better understand the Recognise referendum than we did the 1967 one? COMMENT  by TIM ROWSE