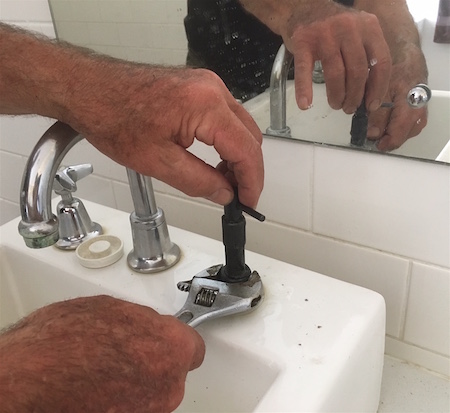 A $22m government project to fund small jobs is lot like the CLP’s home improvement package, meant to be a boon for tradies, but the Opposition doesn’t like it.


Treasurer Nicole Manison says the Immediate Works Stimulus Package is designed “to support local jobs” including four targeted programs until the bigger fast-tracked projects ramp up in the second half of 2017.

“The first program is a package of $10m available to all Territory community and not-for-profit groups, for grants up to the value of $100,000 for much-needed repairs and upgrades to facilities and existing assets,” she says.

“Beyond that the government will match dollar for dollar up to another $100,000 to help fund even bigger improvements.”

Works can begin from February 1 and spending on all approved projects will need to be underway by June 30 at the latest. The $22m package is on top of the $10,000 First Home buyer’s renovation grant introduced in September, Ms Manison says in a media release.

“It meant money flowed into the economy immediately and in just a few months more than 5000 applications for works had been approved.

“Instead of implementing shallow imitations, the Government should re-introduce the Home Improvement voucher scheme and get money flowing into the economy immediately,” Ms Finocchiaro says.

She also wants the Treasurer to explain where the funds to pay for the project are coming from.

“We had the extraordinary situation last week where one of the Government’s own ministers described the economy as buggered,” she says in a media release.

“Racking up more Government debt is not the way to go about fixing the economy.”

The Housing Industry Association (HIA) has welcomed the package, saying residential building activity across the Territory is at an eight year low

“Stimulus packages should only be short term however, and we need long term growth strategies for the NT, to boost the economy and drive increased demand for residential housing.

“We encourage government to ensure close monitoring of the ‘local content’ provisions of the package as it is implemented.”
Facebook
Twitter
Pinterest
WhatsApp
Previous articleCustodian honoured for contribution to the arts
Next articleRunning with musical adventurers