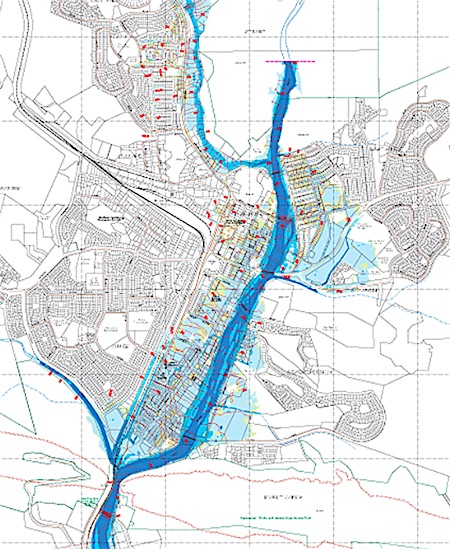 Ren Kelly, an Alice Springs resident whose home has been insured with TIO since the early 1970s, saw his premium skyrocket from $3541 to $8934 this year.

He had just two minor claims of around $100 since 1977, and this year told TIO thanks, but no thanks.

He found coverage with another company for about $3100 – including flood cover.

A spokeswoman for TIO says some customers “have seen changes to their insurance premiums this year as a result of the introduction of risk based pricing.

“Up until this year, TIO has shared the cost of high-risk properties across all our customers.  But we do not believe it is fair for customers to be paying for cover they do not need.

The spokeswoman says some people in Alice Springs will see a reduction because the cyclone risk has been removed.

“Some of our Alice Springs customers are actually seeing a significant reduction in the order of several hundred dollars or more.

“Around 15% cent of our customers across the Territory have had premium rises of $500 or more implemented this year. In Alice Springs, this is mainly driven by the risk of flood.”

Says the spokeswoman: “Sophisticated mapping drawn from a number of sources enables us to assess the risk of flooding down to an individual address level.”

Mr Kelly says there has never been a flood in living memory in his area. Even in the flood in the mid-seventies, when the town centre was under water, the Head Street area, where he lives, remained dry.