Alice Springs Ironman competitor Kevin Coyle (at right) says he has been banned from the town pool for a minor infraction at a critical time of his training for major competitions. Mr Coyle wrote to Town Council CEO Rex Mooney and Councillors Eli Melky and Brendan Heenan.

This is part of what he said.

Seventeen days out from the most important race of my life and a goal that I’ve been passionately in pursuit of for six years, I am now spending my time not training and focusing on the Ironman World Championship race in Kailua-Kona, Hawaii. I am writing to immediately revoke the unprofessional and misinformed request by Martin Kemplay of the Alice Springs Aquatic and Leisure Centre (ASALC) to ban me for six months from September 9, 2016 through March 9, 2017.

I’ve been a paying member of the ASALC since February 9, 2011 having swam there nearly 700 times, logging nearly 1.5 million meters.

I’ve also received financial support for both my wife Fiona Coyle, former resident Karen McPherson, and myself for Kona, from Cr Heenan and the BIG4 MacDonnell Range Caravan Park. This is significant as we are the first three athletes to ever qualify for the Ironman World Championship during the 32 years of triathlon in Alice Springs.

Although I am not Australian, I have chosen to represent Alice Springs, the Northern Territory, and Australia when all three of us compete on the world stage in two and a half weeks.

On Tuesday I was asked to leave the pool, 15 minutes into my training swim by two rangers in front of children, adults, and a couple of my closest friends. I was given no reason for this and of course it was humiliating. Martin was there and did not give me any information.

Before that date I received no calls, emails, face to face conversations about any other issues. The only communication I received about any issues from Martin was a letter back in April this year. The notice titled “Reported Incident Regarding the Swapping of Swim Lanes” says that I was “reported to have moved from a swim lane into a walking and gentle exercise lane and continued to engage in fast lap style swimming”.

On a second occasion, there was a confrontation between me an individual at the pool at some point in August. After this event, I was not called, emailed, or talked to directly by Martin or anyone on his staff or the Town Council.

I believe the first event occurred at 6am on a Thursday morning. We were scheduled to do a 1,500 meter Time Trial. My wife and I were appropriately swimming in the fast lane but a much slower swimmer was in our lane. It was difficult to swim around this slower swimmer while training at this intensity.

While in the middle of my time-trial the lifeguard asked me to move over to the fast lane. I said that this woman said I could swim in this lane. He continued to ask me to move over so then I gave way. I believe that by this time, the slower swimmer moved to the appropriate lane.

In this case, I was never confronted by any individual and if there was a miscommunication then I of course apologize. I also don’t know if a proper report was ever made since my story was never asked to be provided.

I never responded to the incident report because I didn’t believe it was a big issue as the notice didn’t even mention that an official complaint was submitted by another swimmer. My wife Fiona Coyle was swimming with me in the fast lane and she is an eye-witness on this account. 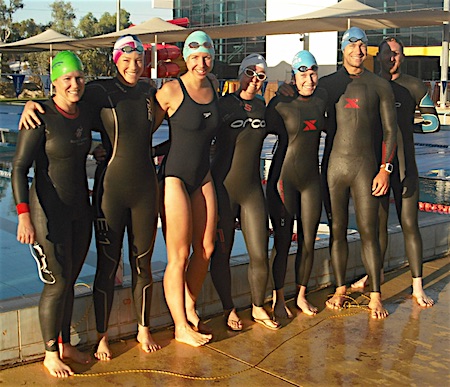 Please note, that I always try my best to abide by the rules and sticking to the fast lane but at times I have needed to go to the slow lane since the fast lane have had non-fast swimmers. I don’t believe this policy is heavily enforced and this makes me feel singled out.

I don’t know the date of the second event. I know it was in the afternoon and potentially a Monday but I do not recall what date. Again, my wife and I were in the fast lane training for our coming race.

At some point a slower swimmer jumped in the lane and I saw him using my wife’s pull-buoy. He took the pull-buoy and left it at the other end of the pool. I had no idea what he was doing but wondered why he was just taking our things, knowing that Fiona needed it for her swim set.

Then, this individual took my wife’s swim paddles and started using those. By this point I wanted to ask him why he was using my wife’s personal effects. So on my next lap I waited at the wall with Fiona at my side in the pool. Both my wife and I gestured to this individual while he approached and then spoke out loudly to him while he pushed off the wall.

He didn’t hear me since he had swimming earphones over his ears, so I reached out to tap his leg and get his attention. As soon as I did this he jumped strait up in the water and turned to me in a very aggressive and threatening manner. He started speaking very loudly in front of the Aquatics class and in front of my wife.

He became verbally abusive to me and would not let me get a word in to simply ask why he was using my wife’s effects. Additionally, he started calling me a “child-molester” and a “wife-basher” so that many could hear. By this time, I was concerned and worried about the situation so I screamed out to the lifeguard.

The young lifeguard listened to this individual continue to ramble who was entirely disrespectful to my wife and myself. The lifeguard handled the situation well and tried to diffuse it. I apologized several times for touching his leg but was merely trying to get his attention for him taking my wife’s effects without her permission.

And just like the report you received when the rangers excused me from the pool on September 20, I remained calm and was not aggressive. This incident really rattled both me and my wife but I did not make a complaint because I didn’t feel a need to.

I had never seen this individual ever in my life and still haven’t till this day. I also didn’t realize the situation was being escalated because Martin, his team, and the Town Council never asked me for my take on the situation.

My wife and I will only be living in Alice Springs through July 2017 before we move to the USA. But in that time I will be competing at the Ironman World Championships, Ironman New Zealand, and the Asia-Pacific Ironman Championship in Cairns.

As a triathlete, swimming in a pool is absolutely critical and the ASALC is the only public pool available for me to use year-round. I have already lost two days of critical preparations for my race and ask that you please consider all that I have written above so that I may begin to use the pool Thursday night and get back on track for Kona.

Besides the events mentioned above, I have also already signed up for the Alice Springs Masters Games to defend the overall win from two years ago.

I trust this letter adequately has provided you with my side of the events that have unfolded. I can assure you that these two events will not occur again and that I will physically get out of the pool and speak with the lifeguard if there is ever an issue again. I apologize to the two individuals that have lodged these complaints, Martin and the ASALC, and you Rex for having to spend your valuable time on a situation that could have easily been resolved with communications between all parties involved.

[The Alice Springs News Online has asked the town council for a response.]

Cr Melky, who has just resumed his position on the council after being a candidate for the NT seat of Braitling, says: “It is appropriate for CEO Rex Mooney to manage this issue and I am confident he will do so in the appropriate way. I will also follow it up.”

He says he has agreed to review the matter and will make a final decision no later than close of business on Monday.