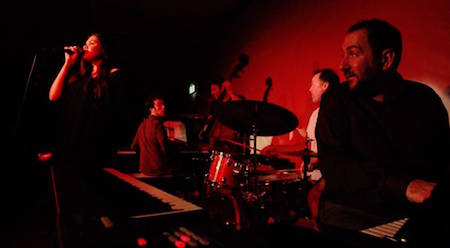 Anyone who witnessed the frenetic fingers of five-year-old Darcy Davis racing up and down the keys knew he was destined for big things musically.

Two decades later the big thing is Berklee in Boston, Massachusetts, the world’s largest independent college of contemporary music, but securing a year’s tuition and board comes with the hefty price tag of US$50,000.

Darcy’s fundraising efforts in June were feverish, but naturally they’re going out with a bang. Friday night at Epilogue and Saturday night at Witchetty’s will see a confluence of histories which couldn’t be more fitting to farewell one of Alice’s greatest musical exports.

Performing alongside Darcy will be his former piano teacher and good mate Steve Sedergreen, one of Australia’s leading jazz pianists and educators.

Melbourne-based Steve is the son of jazz legend Bob Sedergreen, who once performed alongside jazz great Dizzy Gillespie. Steve has performed with Australian and internationally renowned artists and mentored and taught myriad aspiring jazz musicians, including members of The Cat Empire.

Darcy’s mum Ann tells the story of Steve and Darcy’s pedagogic partnership: “An old family friend recommended Steve Sedergreen, she said he’d be the one.

“Steve is from a very musical family in Melbourne, and his Dad, Bob Sedergreen, is also masterful. Steve is a wonderful musician and special person who grew up steeped in music. His generosity and friendship has been a gift for Darcy.”

Saturday night will be the second time Steve has performed with Darcy at Witchetty’s. 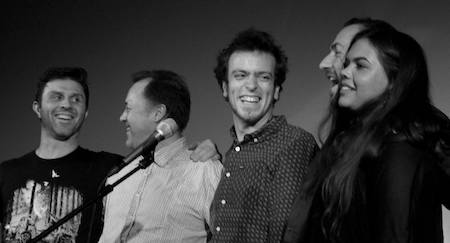 When Darcy returned to Alice in 2014 after studying at Melbourne Polytechnic (formerly NMIT), Steve was teaching another local, Crystal Butcher.

In May 2014 Steve came with Michael Jordan, percussionist, and they were joined by Tom Tom, a mutual friend of Steve’s and Darcy’s who happened to be in Alice.

But these concerts won’t be a repeat of the 2014 gig. This time Darcy and Steve will be joined by former Alice resident and old friend of the Davises Annie Gastin, who has collaborated musically with Darcy’s dad Bill and was a colleague of Ann’s.

Annie became one of the Territory’s best known voices during more than a decade presenting on the ABC, seducing audiences around the country as a cabaret and jazz chanteuse and is now back in the Top End with her blues outfit Hotel Red.

Joining Steve, Annie and Darcy will be local musicians Tessa Snowdon, Kenny Glaze and Ben Hastings. Tickets for the Epilogue Lounge gig are $10 at the door. Music from 9pm. The Witchetty show is sold out.