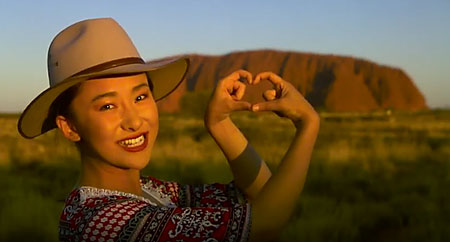 The government needs to re-think its policy of heavily promoting the Ayers Rock Resort at taxpayers’ expense, according to the CLP candidate for Araluen, Steve Brown.

He says tourism sources have told him that there is an agreement with the resort’s owners that obliges the government to fund advertising of the resort, and he will now ask questions about this.

“I’ve made it very clear on a number of occasions in comments published by the Alice Springs News Online that I regard The Alice as being in direct competition with the Rock for the tourist dollar,” says Mr Brown.

“I believe the fly in fly out couple of days maximum stay style of tourism promoted by the Rock does the Centralian tourist product immense harm.

“It is substantially responsible for the decline in the Alice based tourist industry which was originally centred around the Alice being the destination, with the Rock as an add on, one small part of a 10 day stay in the Centre.

“I believe we should return to that model. I believe the Territory Government should aim its promotions at that market as quite obviously the wider product would generate a much greater dollar for the Territory.

“If I’m elected to Government and for that matter even if I’m not, I’ll continue to lobby government to direct their marketing at the wider product,” says Mr Brown.

He was responding to questions from Alice Springs News Online: “You argued that a government funded facility such as Blatherskite Park should not be allowed to compete with private enterprise. Do you apply that to the Ayers Rock Resort?

“Do you oppose the NT Government spending much of its $50m a year tourism funding on Ayers Rock Resort which is owned by a Federal government instrumentality and is in direct opposition to most tourism enterprises in Alice Springs?”