Secret Desert Knowledge? Back to the future.

Two years ago almost to the day the government sacked the board of Desert Knowledge Australia (DKA) after a blistering report by Dr Don Zoellner, of the Northern Institute.

He said there was a need “to cut through the buzz words, complexity and confused messages that are associated [with] DKA in order to determine what government has inherited,” as we reported.

So the government put in a new board, under the chairmanship of Ken Johnson which, lo and behold, is being replaced as we speak.

Who is taking over?

Who is the new chairman?

That’s confidential. And so on.

According to a source close to DKA the lucky man is Eddie Fry (pictured), the chairman of Indigenous Business Australia (IBA), a Dagoman-Wardaman man from the Katherine region. He is now based in Adelaide.

IBA would neither confirm nor deny the report by the time of writing.

The IBA website says Mr Fry has “extensive experience within the Australian resource sector and is a specialist in Indigenous and native title issues.

“He holds a Diploma in Business Management from the University of South Australia and is a graduate of the International Lead and Zinc Study Group.”

So what has happened in the intervening years?

Apart from being confidential as well, in the absence of a spokesperson, to say “not much” would seem close to the mark.

Paul Davies became business manager in July 2014 but in March 2015 resigned to later join the “Hatzimihail Group which is seeking to establish a Technology complex in the DK precinct,” as we reported.

The group is headed up by Alex Hatzimihail, a member of a big Alice Springs family. The project did not go ahead. The Alice Springs News Online reported abut this several times.

This appears under the heading of “Current Activities – Energy,” most topical, all would agree: “DKA has commissioned research and stakeholder consultation in 2015-16 to inform the establishment of an Energy Hub / Centre of Excellence at the Desert Knowledge Precinct, which will focus on greater efficiencies in the delivery of remote or off-grid energy supplies and draw on the considerable expertise that exists in Central and Northern Australia. ”

A discussion paper will be available for comment by June 2016, we’re told, with the parameters and business case for the Centre to be developed in parallel and in response to the paper.

June 2016 is now. Whenever the discussion paper appears, what will it be discussing? How to set up a hub, perhaps, excellent as it may be?

Or will it actually be doing something, starting tomorrow, as the community would now doubt like to see? That doesn’t seem to be on the agenda so far.

The manager of the program hasn’t responded to an email from us.

Under “Intercultural Leadership” we’re told that DKA “is currently working with three Aboriginal Ranger teams on intercultural skills that will strengthen their professional and leadership capacities … to identify the intercultural non-technical or so-called ‘soft skills’ they need to perform their roles well, and further to develop project plans that will deliver the particular skills development.” Deadline: End of 2016.

Just in case your eyes have glazed over: they will apparently “identify” but not apply those skills; and “develop plans” but not actually get cracking on anything practical.

Another objective is “Strengthening engagement with Governments,” which does not seem to be a DKA strong point, judging from the Zoellner report and and the inactivity since.

The DKA is also:–

• Mapping existing governance activities and models to determine where DKA’s resources may be best directed in strengthening the links and understanding between remote communities and levels of government.

• [Seeking] to connect Aboroginal men who were incarcerated or in rehabilitation and with a history of violence to the importance of being responsible to codes of conduct, both Aboriginal and non-Aboriginal. Schedule and funding are still under negotiation.

Stand by until the veil of secrecy is lifted.

PHOTO at top: Demonstration and experimental solar panels at the DKA precinct: There were 14 installations in 2008 and numbers tapered off ever since. There are no entries for 2016 and only two for 2015, to record discontinuations of 2013 models. However, the Centre of Appropriate Technology are build frames for a new installation. 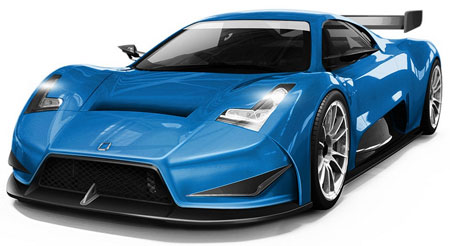 One of the opportunities DKA appears to have let slip though its fingers is the manufacture in Alice Springs of the Joss Aussie supercar.

The online magazine Motor reports that Matt Thomas (pictured), the engineer and Joss founder, has struck a deal with  the Hatzimihail Group which had been in frustrating and fruitless negotiations with DKA for some time about building the car in Alice Springs.

The magazine reports the group has obtained a majority shareholding in the venture, with Alice-raised Alex Hatzimihail as the CEO, and will build a $35m manufacturing facility in Brisbane. Alice will get an engineering office, says Motor.

(Google this site for reports on the Hatzimihail Group’s negotiations with DKA.)

EDITOR’S NOTE June 8, 3:50pm: We are continuing to seek verification of the above report in Motor.
UPDATE June 8, 4:30pm: We have now been able to contact Mr Hatzimihail who informed us the deal with Mr Thomas as described did not go ahead.