2600 make it a big day for Steiner School 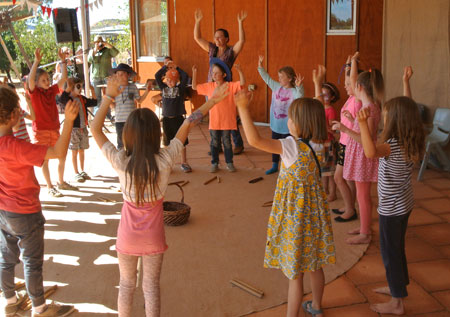 The Steiner School Fair lived up to its reputation of being a huge community event, attracting 2600 visitors on Saturday.

“Whilst it is a fundraising event, it is a magical day for the children and the community and showcases the fantastic work the children have done so far this year.”

He says despite its modest size – 200 students – in the network of Steiner schools around the nation, the Alice Springs school is among the highest fundraisers.

And every year the locals – attending for the fun, the children’s performances, and the variety of stalls with goods ranging from plants to cakes – see a new building on the sprawling campus at the foot of the MacDonnell Ranges.

Mr Dodd says the school receives Federal funding of about 75% for the new buildings.

They are a mixture of demountables and solid construction, and reflect the self-help and creative dedication of the Steiner community.

The school was founded in 1996 at Araluen and moved to the current site in 2005. 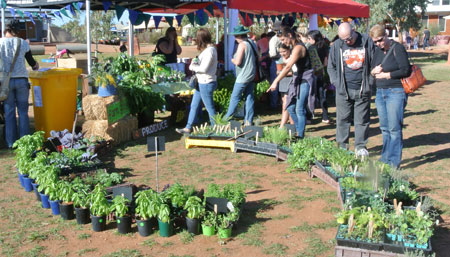 ABOVE and BELOW: The produce stall had plants and cakes, offered by Renee Ohlmus (photo below, right). 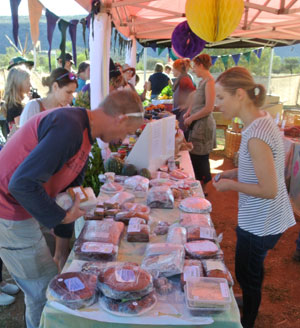 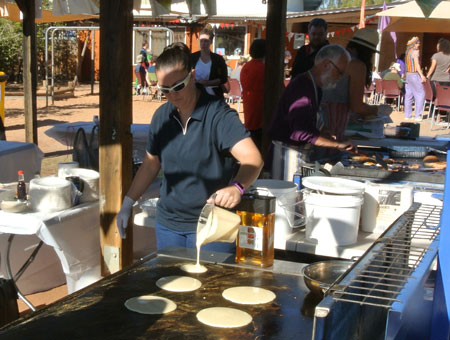 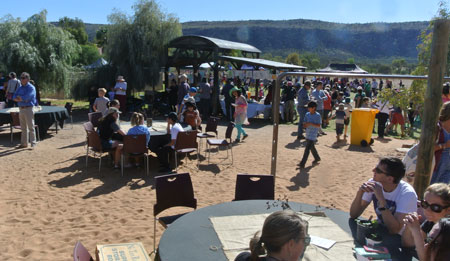 ABOVE: The Rotary Club of  Stuart provided a BBQ. Among the helpers were (from left) Jonathan Diment, Peter Harding, Tony Jennison and Peter Kay.