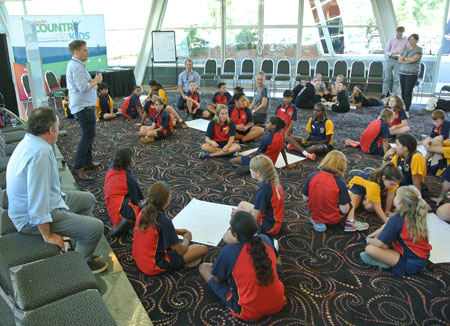 Children’s doctor John Boulton, during 10 years working in the communities of the Kimberley region of north-western Australia, has seen the most heart-wrenching examples of young people suffering.

The Emeritus Professor at the Newcastle University is one of the attendees in the current Caring for Country Kids conference in Alice Springs. He is soon to publish a book titled Aboriginal Children: History and Health (Routledge).

As a key national figure in the debate about this distressing aspect of contemporary Australia he describes the root causes for child neglect with insight. But he stops well short of being part of any robust political and legal action, advocating merely “much help” for the kids’ parents and communities.

The Western way of bringing up children is in conflict with the fundamental patterns of Aboriginal parenting, he says.
A central difference is in the autonomy of the child: that is, that within Aboriginal society the baby and child is seen as a morally independent person.

In the old times the child’s spirit came from a “totemic site in the landscape. They were owned by the land”.

Therefore a child is seen as morally autonomous: “A little girl will say, I am my own boss.”

By contrast in Western culture “a child is a gift from God, so the parents own the child in a moral and legal sense”. Parents tell the child what to do, and make them do it.

Aboriginal parents encourage children to explore the landscape. In the old days “there were no big animals to hurt children”. Snakes and falling into the camp fire were the main risks for children.

“The trouble is nowadays, with children packed into overcrowded cars and unsupervised children near waterholes and rivers, the risk of serious injury is enormous,” says Professor Boulton.

“The child death rate in the Kimberley is 10 times the national average, and half of those are from trauma that is completely preventable.”

Aboriginal society was disrupted in ways that undermined the ability to parent. Human parenting depends on co-operative caring: “The immature human baby needs lots of people to look after her – sisters, aunties, grannies – regardless of where they are born.”

In contemporary society that role has been commodified by day care for the majority of working mothers who pay a lot of money for the service.

The second disruption was to the continuity of transitional feeding. When breast milk doesn’t supply sufficient calories and food energy for the baby to grow very fast from six months the 12 months, extra food has to be added.

The ancestors of people from north Europe provided this with a milk based diet – for example, fermented milk from reindeer – full of calories, calcium and fat. Now we use formula, yogurt and cheese.

“In the desert such a high fat diet came from snakes and goannas, and for salt water people from turtle and dugong.

“The brain was fed to babies, it is high in fat and protein, and easy for a baby to eat.

“Witchetty grubs, for example, are almost half protein and half fat. A 10 months old baby who is breast fed, all she needs is three witchetty grubs a day in addition to breast milk to supply the additional calories needed.

“When the cattle and sheep came [in the late 1800s] they destroyed the waterholes. That caused the earth to become hard, and destroyed the ability to grow yams and other staple crops.”

Professor Bolton says in Africa and Asia root crops were not destroyed by the colonial invasion: “Aboriginal people are the only people on earth who suffered the double jeopardy of not only their land being taken but their food being taken.”

The third essential criteria of parenting is for the pregnant woman, and then the young mother with a baby, to have an environment in which people look after them and they are not suffering the stress of possible domestic violence.

“And tragically we know because of alcohol the risk to a young woman is very, very high in Central Australia, the Kimberley and the Top End; noise, people fighting and actually being hit and injured.

“These violent disruptions have put at risk the human foundations that are required for the business of being a parent.

“For generations Aborigines have been told by white people like myself what to do.”

He refers to ABS statistics that show that in Aboriginal communities up to 50% of the population under 19.

But because of the history of genocide – “a catastrophic holocaust of loss of population” –advice on birth control gets little traction.

It as if the heart of Aboriginal people are saying “We need to make up the numbers because 95% of our people were killed in the first part of the 20th century”.

NEWS: Facilities have existed for decades to help these children but they are not being used.

BOULTON: There is no correct moral answer because every social, political recommendation has a moral dimension and it has to come from both Aboriginal and white people.

NEWS: It is not coming.

BOULTON: I agree, it is not coming. I may say children need enough food to grow properly, enough sleep, undisturbed by loud noise and drunken violence. And clean skin so they don’t get sores and rheumatic fever [that may lead to] renal failure and an early death. [Aboriginal people say to me about these problems] “Dr. John, this is a human rights thing, it’s not a Kartiya [whitefella] or Aboriginal thing”.

NEWS: Do you agree?

BOULTON: Completely. It’s a human rights thing. It’s in the United Nations declaration of the Human Rights of the Child. It is being mixed up with being an Aboriginal thing. And it’s not. Culture versus history and the consequences of oppression in history are two different things. Food, hygiene, sleep undisturbed by drunken violence and noise so the children can go to school, and dress in clean clothes and learn, is the responsibility of parents and grandparents. Every Aboriginal person agrees with that. It’s common, human sense. Exactly why that doesn’t happen is of course open to huge debate and whichever angle you take you are going to be effectively wrong because the fundamental issue is a moral one and no-one is going to say, “I have the answer”.

NEWS: There is a law that says we have to provide the necessities of life for our children. Not doing so is a crime. Imagine you are a witness in a trial of someone who has breached that law. From your experience in this region, what kind of evidence would you be likely to be giving about health issues facing a typical neglected child, of whom we see so many?

BOULTON: That’s a very politically loaded question. When I was in pediatric 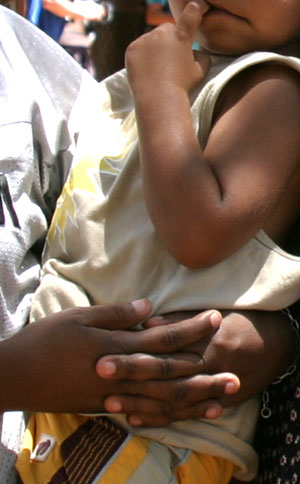 practice that was a point raised every day. This is the tragedy. The number of children whose families are investigated or under surveillance by the Department of Child Protection in WA is enormous. The parents need a lot of help. A partnership with community nurses and the Department for Child Protection is the first easy step in helping parents provide what a child needs. If you compare that with what happened in the early 20th century, when girls got pregnant when they were below 16, or were victims of sexual violence, then they themselves were described as being in moral danger and effectively put into prison. The dark side of the answer to your question is written large in the history of the early part of the 20th century, when the victims were punished. That is the cruel thing which we now profoundly regret.

NEWS: We have learned a lot. We’ve come to grips with these issues decades ago. Our society has made significant efforts, particularly thorough massive public funding. Why are there not benefits kicking in from those efforts on a much broader scale?

BOULTON: I don’t have an answer to that. I am not a politician. I am a caring children’s doctor who wants every child being well fed and much loved. We’re heading into a dangerous area of politics I am not giving an opinion on. What we are seeing now, in a judgmental way, is a long-term echo of the situation from long ago which we should moving right away from. Ted Egan did a calculation of the debt owed by the white population to Aboriginal people, starting from the time of the colonial frontier. What we owe, say at 5% at the bank, is of course hundreds of billions of dollars.