Buy local? Government, council not getting it right. 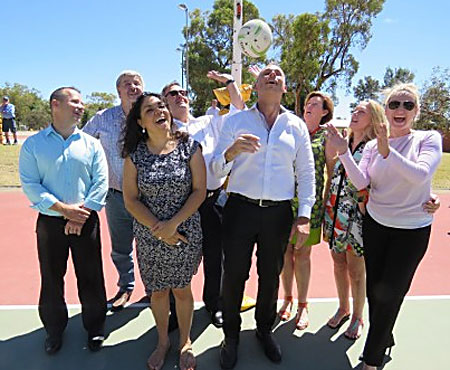 The timing of the Alice Springs netball stadium construction makes a mockery of the NT Government’s “buy local” campaign.

Alice Springs firms missed out on a substantial part of the project – worth up to $1m – because of a matter of four weeks: Had the work been commissioned a month earlier, local steel fabrication firms would have been competitive in their tenders for the roof trusses.

The winner of the $6m contract, Scope Building NT, “has engaged an interstate company for the steel fabrication component of this job,” according to the Department of Infrastructure.

“There are numerous other trades and services involved with this project which the contractor has engaged [that are] local Territory contractors and companies.”

However Neil Ross says his firm, Ross Engineering, could have done the job but not in the time allowed.

He had submitted a quote to Scope but it’s likely to have been higher than those of interstate firms which have greater capacity and can manufacture trusses much faster.

“I am not bitter and I wish Scope all the best on the project,” says Mr Ross.

The project had been under discussion between the government and the town council, which is contributing $1.5m, since October last year but the tender wasn’t awarded until March 25 this year.

A government release says the stadium is expected to be completed in time for the Masters Games, whose date, 8-15 October, has been known for several years. The NT election is due in August.

The project was six months in preparation, yet the scheduling of the work did not manage to take into account the capabilities of local firms, an issue frequently raised by Chief Minister Adam Giles (pictured, at centre of the photo) who in the government release is referred to as the “incoming local Member for Braitling”.