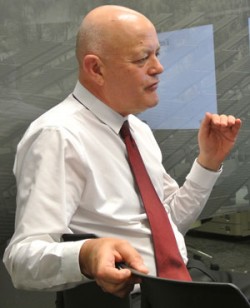 There have only been two highly publicised murders without bodies in the Territory: Azaria Chamberlain and Peter Falconio.

However, the first one turned out not to be a murder at all, and the second one is being used by the NT Government for “banging the good, old law and order drum in the lead-up to an election,” says Russell Goldflam (pictured), President of the Criminal Lawyers Association.

Yesterday John Elferink, NT Attorney-General, announced a plan to introduce the “no body, no parole” legislation, preventing convicted killers from becoming eligible for parole if they don’t reveal the location of the body of their victim. 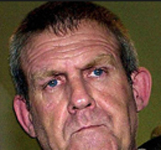 There is only one person this can be referring to, Mr Falconio’s convicted murderer, Bradley John Murdoch (pictured), who was convicted on circumstantial evidence.

Says Mr Goldflam: “By proposing this law the government is expressing a complete lack of confidence in the professionalism and the capacity of the Parole Board to apply the Parole Act.

“Every single member of that group of 10 – or more – can veto an application that the person is released.

“The decision must be unanimous.”

Mr Goldflam says the board also must consult with the victim’s family and “paramount in their consideration must be the protection of the community.

“It is fanciful that with all these strict and rigorous conditions already in place, that a parole board would put back on the streets a remorseless person who has served their non-parole period and remains remorseless.”

Says Mr Goldflam: “We previously had a highly publicised case [Azaria Chamberlain] where it turned out that the woman [mother Lindy] who was convicted of murder in the Northern Territory, exhausted all her appeal options, all the way to the High Court which confirmed the conviction, but it turned out to all be wrong.

“It shows that there is real potential for serious miscarriages of justice to flow from legislation such as is proposed.”

Mr Goldflam says “hypothetically” there could be a murderer who did not disclose the location of the body, but after decades in jail, when the parole period expired, has an “attack of conscience, becomes contrite, remorseful and repentant, and they do want to assist the family of the victim to come to terms with the loss”.

But after that passage of time the murderer may not be able to identify where the body is: “They may by then be suffering from memory loss and dementia, the landscape where the victim was hidden might have changed.

“There may be all sorts of potential circumstances which might prevent a genuinely remorseful person from being able to identify the whereabouts of the body.”

Mr Goldflam says when a “bad law is passed it undermines the confidence in the integrity of and the respect for the parole board”.

Requiring the court to order disclosure of the body as a condition for parole would also interfere with judicial discretion, says Mr Goldflam.

He says it is already interfered with by the requirement to pass minimum sentences – life imprisonment as the head sentence for murder, and a minimum non-parole period of 20 years – more in some exceptional circumstances.

Do the minimum sentences discourage people from pleading guilty to murder?

He says the NT Government’s proposed “no body, no parole” law “is highly effective as a publicity stunt as we have just seen the electoral season opening. The government party is firing off their shotguns at the electoral ducks as they wing their way overhead.

“This is clearly aimed at attracting lots of media interest.

“Murders, and especially mystery murders without bodies, are always of enormous public interest. The government has already started banging the good, old law and order drum in the lead-up to an election. It always results in silly laws being passed.”

Mr Elferink did not respond to a request for comment.