Kerbside recycling could reduce waste by 70+% 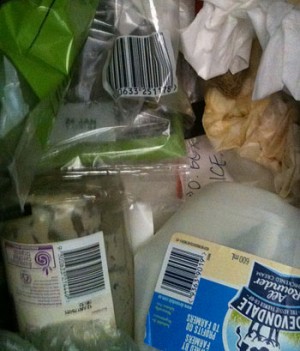 Alice Springs Town Council will again be looking at the feasibility of kerbside recycling, following receipt of a consultant’s report which finds that the general waste stream could be reduced by more than 70%.

This estimate is based on an audit of wheelie bins conducted in November 2015. It found that the mean bin weight in Alice was almost 20 kgs per household per week, a figure similar to others councils in Australia before they introduced kerbside recycling and garden organics bins.

The audit of waste composition revealed that 34.35% of it is made up of typical kerbside recyclables, while another 38.01% consists of organics (including non-containerised food waste). Thus, if a centralised processing system was available, the maximum reduction that could be achieved is 72.36%.

Kerbside collection may not be the only solution to reduction, however. The report, by EC Sustainable P/L based in North Sydney, does not include a cost-benefit analysis. This would be necessary to take the proposition further.

Meanwhile, the report outlines other options such as non-binned collection of organics bundles, or developing a direct local market by, for example, kerbside chipping of timber and tree waste, with the product returned to residents. 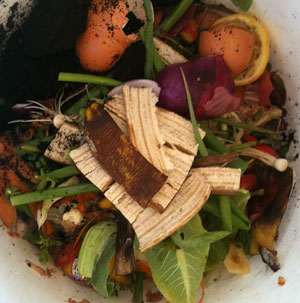 Home composters are another possibility, a step the council is already undertaking with online tutorials (up and running) and incentive offers of discounted composting bins (22 out 120 have already been taken).

The report also urges council to consult with residents about their satisfaction with council drop-off services and locations.

Councillor Jade Kudrenko raised such an issue at last night’s meeting, the first of the year. She wondered why there appeared to be a decrease in electronic waste drop-off at the Regional Waste Management Facility. In the last six months of 2014, about 40 tonnes was dropped off compared to about 29 tonnes for the last six months of 2016. Given the large take-up of electronics, this should surely be increasing.

At present, households can only drop off e-waste (at no charge) on Saturdays. Cr Kudrenko raised the possibility of extending the drop-off to every day. One barrier to that is staffing costs; staff is necessary to check that the waste is domestic and not commercial, for which there is a charge.

This could be among the issues considered at a council workshop in mid-February on future recycling possibilities. Also on the agenda will be the future of liquid waste ponds at the landfill site. They are for grease trap waste from commercial food premises and waste from car washes. They have been lined with plastic which has stopped infiltration but there other problems, identified in a review by GHD. Among its recommendations are replacing the lining with concrete and greater enforcement of regulations as to what is discharged at the facility.