Safe house for men not so safe 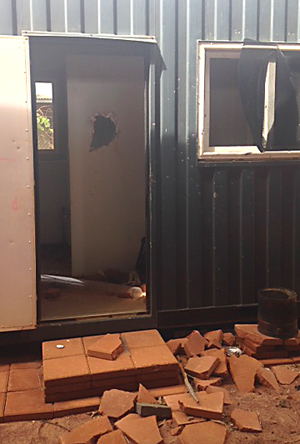 A men’s safehouse has stood empty and trashed since it was vandalised three years ago in the Pmara Junta Aboriginal community, also know as the Six Mile, near Ti Tree, north of Alice Springs.

A reader, who wished not to be named, but provided the photographs (published here), says the structure consists of three converted shipping containers, with a roof and a fit-out including reverse-cycle air conditioning.

The Alice Springs News Online has drawn the attention of John Elferink, Minister for Health as well as Children and Families, to the report. We were told by an aide that she hoped to have responses for us tomorrow.

The reader says he understands that the facility was paid for by the Federal Government but handed to the NT Government for management.

He says the facility was used for no more than two months, and repeated reports about it being defunct had been ignored. 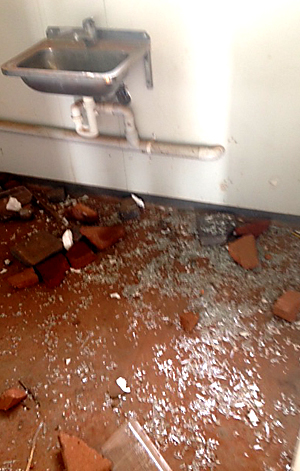 We will post a report about the minister’s response when it comes to hand, and seek comment from the Federal Government if appropriate.