Pssst! This is the latest from a well-informed person speaking to us on the condition of not being named. OK?

Big things are happening at the Showgrounds aka Blatherskite Park.

It’s nothing to do with Alex Hatzimihail but it’s going to be just as big as what he had in mind, and is cunningly similar.

It will be all about sport – playing it, training for it and learning all around it, in an academy that will have up to 1000 students, including many from overseas.

They will be living on site in a big residential complex.

The well-informed person says the climate and elevation of Alice Springs make it a good location for high altitude training.

One of the promoters of the project are the Redtails, and overseas interests are discussing becoming partners.

The grounds, owned by the NT Government, are currently home for several sports, mostly equestrian.

The park is currently managed by a trust consisting of volunteers.

It was recently engaged in a wrangle with caravan park owners for providing sites at rates about half of what others are charging, a practice that has now been discontinued, at least temporarily. 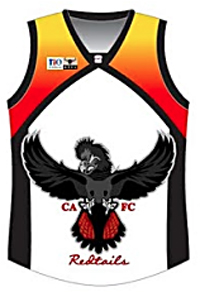 The land would come under different management is this proposal goes ahead.

And that’s not all. Clearly, no-one would be prepared to move into a place exposed to the stench emanating from the sewage ponds next-door, every time there’s a westerly or north-westerly breeze.

So the sewage ponds would need to go. And be replaced by a recycling plant – not a bad idea considering we’re in the driest part of the driest continent and are using water regarded as a non-renewing resource whilst evaporating billions of liters a year.

And what about the dump?

There is a protracted discussion in the town council about it running out of space, an absurd proposition to extend it further into the Desert Park, and more logically, moving it to a new site but leaving the new, well-designed transfer station in place for public use.

All will be revealed next month, says the well-informed person.

However, bear in mind that “blatherskite” is defined by the Merriam-Webster dictionary as “a person who talks at great length without making much sense”.