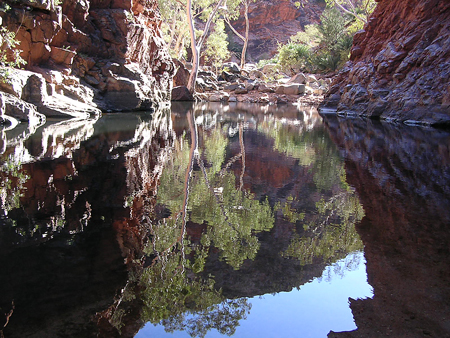 Who represents the town when major decisions are being made, impacting on its future?

This question has come front and centre again when Alice Springs missed out on a billion dollar pipeline, and – to a lesser degree – in the discussion about the relative merits of the new rail overpass as compared with better roads into national parks.

Looking to the Town Council would be a logical reflex: It has more Alice Springs elected people than the Legislative Assembly – eight councillors and one Mayor.

It seems well positioned to put the blowtorch to governments by thorough examination of their policies, and by proposing solutions and policies that serve the town. It is clear that put resolutely, these proposals would be ignored at its peril by any government, especially one that rules with a minority.

This is even more so as the majority of the councillors are philosophically aligned with the conservative governments both in Darwin and in Canberra. Two recent events illustrate the council’s passive attitude, involving councillors who make no secret of their conservative politics, Steve Brown and Brendan Heenan.

Deputy Mayor Steve Brown, in a reader’s comment, expressed his disappointment about his town missing out on the billion dollar pipeline development.

He is blaming for this loss, at least in part, some readers’ comments in this publication, partly anonymous, as well as others in the community because they were questioning what the government was doing. These people need to be held responsibile for “the negativity they create with their comments,” as he puts it.

The salient part of his 541 word comment is this: “I’m not sure what council could have done about that.” In other words, the council didn’t know what to do.

“As for council, while of course we were very supportive of the concept, there wasn’t much of a role we could play, given that it was a competitive tender process being run by the NT Government with zero input from council,” writes Cr Brown. He clearly acknowledges the “zero input”.

Cr Brown replied, in part: “If three multi million dollar consortiums competing directly against each other in an open competitive government tender process can’t put up enough argument and expertise to win, then there is very little a small Town Council can do about it.”

The fact is there was no tender process (the government isn’t paying for the pipeline), but a call for expressions of interest made by the Office of Major Projects, which is part of the Department of the Chief Minister. Adam Giles was entirely at liberty to attach any conditions he wanted to.

And any “small Town Council” was very much at liberty to put its views to Mr Giles – the Tennant Creek one sure did.

In this context Cr Brown’s further comments seem way off the mark: “And yes, you’re right, Adam does live here, and of course he knows what’s going on and of course he would have liked the southern option to win!

“Unfortunately with all their dollars, all their expertise, with all the lobbying and input from SA and the NT Government’s support and push from Adam, myself and other elected members, they haven’t been able to make the project stack up. Tragic for us, great for Tennant.”

And so 90% (probably) of the value of an asset belonging to the people of the Northern Territory – onshore gas – will go to multi-national companies, and the gas will be flowing interstate, and possibly overseas, through a pipe in whose planning the Alice Springs public had no visible influence.

Absurdly, the long-term level of onshore gas royalties is not yet even determined – talk about putting the cart before the horse.

Says a spokeswoman for Treasurer and Mines Minister Dave Tollner: “The level of long term onshore gas royalties is not yet determined.

“They are paid by the mining companies to the Northern Territory under the Petroleum Act at the rate of 10% of the value  at the wellhead. They are not levied on the profits of the companies as is the case for other Territory minerals.”

The wellhead model of assessing royalties eliminates the opportunities for miners to minimise royalty payments by manipulating the profit figures.

What also is apparently not clear is the form of royalty payments – will they be in cash or in kind, or both?

According to a well-informed source, speaking to us on the condition of not being named, in kind royalties could be in the form of products such as ethane, propane or helium, or other petrochemical by-products used in the manufacture of plastic or nylon products.

However, Mr Tollner’s spokeswoman says: “We’re unaware of any discussions about payment of royalty in kind. Without legislative change in kind royalty payments are not possible as the law currently requires cash royalty payments.”

An experienced contractor in Alice Springs, who spoke on condition of not being named,  says the pipeline contract isn’t the main game. It is unlikely to take more than a year to build, and at least half of the benefits are going to flow to the destination interstate.

A major cost will be the pipes and the specialist welding – not available in Alice Springs nor Mount Isa. The situation was similar with the railway construction and the Palm Valley to Alice and Darwin pipelines.

Once the fight over fracking is sorted out, local businesses are more likely to benefit from the ongoing gas production, no matter through which pipeline it leaves the Territory, says the contractor.

The Council may be well advised to pick the brains of people like him.

This is a much smaller venture than gas and the pipeline, but nevertheless illustrative of how the council sees itself in the decision making processes.

The overpass cost the Feds $24m The money was committed with NT Government encouragement. It could have been much better spent, said several people whom we interviewed for a report earlier this year.

Cr Brendan Heenan sent us this comment in reply to our report last week on the “official opening” of the overpass:-

“It is money well spent, there are so many roadtrains, trucks, coaches, caravans, motor homes etc that it is a safety issue, as the rail line is not at 90 degrees to the road.

“Coming from the south you need to look to the right over your shoulder to see if a train is coming, it travels at about 100 kph. Do you think a road train 53 metres long traveling at 100 kph can stop in time? It needs about 1 km or more to stop.

“I think this is the last overpass to be built on a main highway in the NT.”

Seeking a dialogue about these issues, and given that the red light and other traffic signs at the intersection have served motorists well for decades, we emailed Cr Heenan:-

Firstly, should vehicles unable to stop at a red light be allowed on the road?

He replied similar red lights are mostly in places where there are 60km or 80km an hour speed limits. For example, a highway approaching Adelaide, where heavy vehicles are operating, has warning signals up to half a kilometer ahead of the crossing.

In towns with speed limits “road trains would certainly be able to stop,” he says.

Secondly, we put to Cr Heenan, counting both north and south-bound traffic, just 12 freight trains a week are crossing the highway where the overpass was built, plus one Ghan – that’s a total of 14 movements of rail traffic across the intersection in seven days.

The $24m could have built 75 kms of good dirt or bitumen roads, for example, in the West MacDonnells.

Which do you think, we asked Cr Heenan, would be more likely to entice the “coaches, caravans, motor homes” you mention to come to The Centre:-

(A) Not having to put up with the 1.4% chance of having to stop at this railway crossing, after a trip across half the continent; or

(B) having two-wheel-drive access to more of our natural wonders – Hugh George, Birthday Waterhole, Giles Springs, Ndhala Gorge are a few that come to mind.

Cr Heenan replied that there will be more traffic on this road with mining developing.

“What if a road train carrying chemicals crashed into a train,” he asks. “Everyone else has overpasses, why should Alice Springs be last?”

He says low fuel prices will bring more cars and caravans in the next five to 10 years. By then the cost of the overpass may have risen to $40m. “Everything goes up 5% to 6% every year.”

This was the third question we put to Cr Heenan: “The NT Government identified the overpass as a priority project for Federal funding. Did NT Government ask the town council for its opinion on the matter, and if so, what was the answer?”

He replied: “Not so far as I know.” He said in any case, the money was dedicated to national highways and could not be spent on roads inside parks.

While the overpass contract had gone to a Darwin company, some services had been provided by local firms.

“If it saves just one life the overpass is a good thing,” says Cr Heenan.