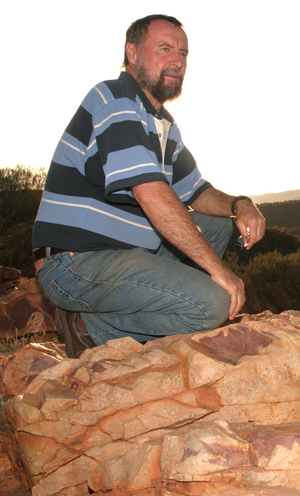 A remark at the very end of a hearing lasting more than an hour hints at what may ultimately happen with the subdivision of rural land previously owned by Kay and Bob Kessing (pictured).

Addressing Stuart Chalmers, of Zone A, who represented developer Mark Baldissera, Development Consent Authority chairman Denis Burke said: “You still have an obligation to provide two hectare buffer zones to the adjoining neighbours. You might get something in the middle that’s a bit smaller.

“That’s the way I would see it at the moment. That’s essentially what [our] report will say to the Minister.”

And so the next chapter unfolds in the saga about block sizes in rural parts of the town, where dozens of people have bought in areas zoned for a minimum of two hectares, because that’s the lifestyle they want, only to be repeatedly confronted by developers – including people they had bought their land from – who want to chop adjoining land into smaller blocks.

What passes for land administration in the Territory provides little relief.

In this case the proposed subdivision abuts an earlier one, to the west, also developed by Mr Baldissera, who was not at the hearing.

Is Mr Burke saying, let’s have a two-hectare buffer and the rest of the blocks can be smaller? Many would see this as a further whittling down of the lifestyle they have invested in.

The Kessings, well known and respected conservationists – as ALEC head Jimmy Cocking described them at Wednesday’s DCA hearing – had made it clear they wanted two hectare blocks, and not more than 12.

Mr Burke, at Wednesday’s meeting, refused to allow the tabling of an amended design which reduced the number of blocks from 16 to 15 and therefore increased the size of some of the proposed lots.

In fact it was part of the deal when they sold the land, said Mr Kessing. However, a signed document had been produced signed by the Kessings, allowing 16 blocks.

Mr Kessing told the hearing – and about 10 members of the public were present – that when he signed the document, its bottom half was blank. “Subdivision to create 16 lots” had been added later, without his knowledge and against his express wishes.

Mr Burke said this would be included in the DCA’s report to the Minister.

“It’s clear that the report will be saying essentially to the Minister that you haven’t developed the argument as to why we need to rezone this land” into smaller blocks, Mr Burke said to Mr Chalmers.

“The DCA’s advice to the Minister will be to reject this application. Whether he does that or not is his business.”

(This comment came before Mr Burke’s hint at the way round the issue in a future application reported at the head of this article.)

The Minister’s role is where the problem has been for decades: The big planning decisions are made by the Minister, irrespective of what the public or even the DCA want him/her to do.

In this case that’s where a further complication sets in: The government is obliged to put planning applications on display so the public has an opportunity to make submissions, and to object, if it wishes.

Past experience has shown that the Minister can and will fly in the face of majority views.

But objectors will waste their time complaining to the Administrative Appeals Tribunal, presided over by a Supreme Court judge, on matters of merit.

As this writer (who declared his interest as a rural resident and as an objector) put to the DCA, the judge will look solely at “the face of the record”. That means decisions will stand if all ‘t’s are crossed and all ‘i’s are dotted, no matter how unfair or unreasonable the Minister’s decision may have been.

In this case, however, the “face” looks pretty bad, as information erroneously put on public display named the Kessings as the owners, although the land had already been sold to Mr Baldissera.

Mr Burke said he had not yet obtained legal advice about this but will be doing so.

Mr Cocking and Rural Residents Association head Rod Cramer also said the application needs to be re-exhibited, with a fresh opportunity for the public to have its say on the basis of correct details.

Further discussion failed to clarify whether this would take place or not.

Will the Minister accept the DCA recommendation to dismiss the application? Will he not?

Will the application process be returned to the beginning by the department?

Will the Minister take the view the public has now had its say, at this week’s meeting, and a further exhibition is not necessary?

Would the Administrative Appeals Tribunal strike out any Ministerial decision on the grounds of the flawed “face of the record” and the marred process?

None of this is clear.

Mr Burke said to Mr Chalmers: “My advice to you would be: The only way this application, in a different form, would receive any sympathy from us would be if there were two hectare blocks.”

But the sympathies of the DCA are of no consequence in a system where the Minister can do what he likes.

Mr Chalmers claimed – without offering proof – that there is demand for blocks of the size proposed by Mr Baldissera, a little more than one hectare (10,000 square meters). He said the current gap between 4000 square meters (Rural Residential) and 20,000 (Rural Living) needs to be filled.

But Mr Burke said he could see no reasons why a special zoning should be created, that the existing residents should suddenly be confronted with much smaller blocks. 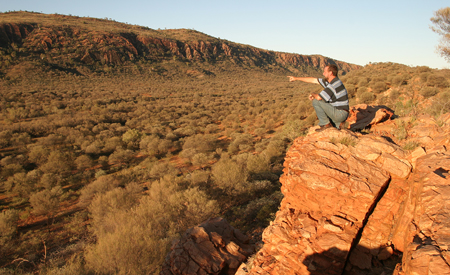 Mr Chalmers also made the point that a month ago Chief Minister Adam Giles, as the acting Minister of Lands at the time, had approved two lots of 1.01 hectares in a two hectare minimum area between Ragonesi Road and Ross Highway.

Mr Burke said to Mr Chalmers: “I think you need community support … not only the immediate community but something like the Alice Springs Town Council, some reference to the fact that there is a need that is not being met, that there are limited areas where that could be met.”

Mr Burke and the other DCA members, Steve Brown, Brendan Heenan and David Koch, said they could see no reasons why a special zoning should be created.

There was much discussion about storm water being dealt with by “sheet flow” across the surface, where some of it would be absorbed into the ground, rather than by drainage channels.

Dillip Nellikat, from the town council, said this was not supported by the council and the land would need to be “properly drained”.

Mr Chalmers countered that experts from the company Opus had provided a study showing that the proposed drainage was adequate.

J9 Stanton, a well-known artists who lives in the adjoining subdivision, objected to allowing two horses on the proposed blocks, saying they would cause environmental damage.

Mr Chalmers replied that in response to objections there had been a change in the application – one horse only on lots numbered 1 to 5 on the eastern side of the property with no horses permitted on the remaining lots.

Ms Stanton, supported by neighbour Katrina Kilgariff, said since their time on that land (some 10 years) water flows had changed “massively” in a way not predicted by the hydrological reports presented at the time of the development application.

Another neighbour, Amanda Lucas, described unpredicted heavy flows in a creek as well as a risk to wildlife depending on water as it is available at present.

Mr Cramer said the vagaries of the planning system failed to “provide certainty” for rural residents.

Flooding problems in the area had been a problem known since the early 1970s.

PHOTO above: Bob Kessing 10 years ago, at the northern end of the block recently sold, looking into Emily Valley.