Pet cats range far, are a threat to wildlife 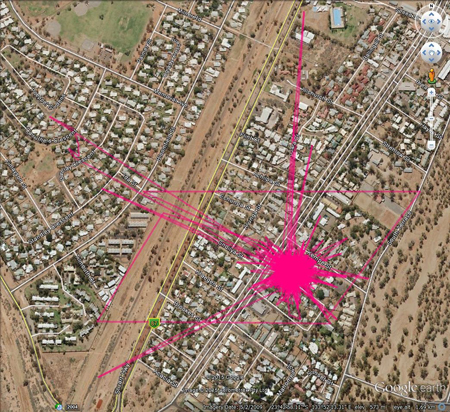 Feral and uncontrolled cats roam up to 2.5 kilometers, a study by Land for Wildlife in Alice Springs has shown.

Coordinator Jen Kreusser says monitoring devices had been fitted to five cats to map their movements, logging a GPS fix every few minutes.

The project had received approval from the Animal Ethics Committee in mid September. All cats had travelled further from their residence than anticipated by the owner, says Ms Kreusser.

“We intend to stimulate conversation about the impacts of cats on wildlife, generating a shift in community attitudes and behaviour about keeping cats in indoors, especially at night.

“Owners were amazed and shocked by the distance and locations that their cat visits.

“The project is important because Alice Springs is an extremely biodiverse environment, uniquely sitting among the boundaries of four bioregions” 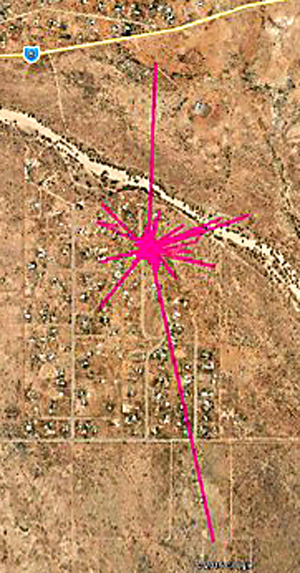 She says the town is “within the MacDonnell Ranges bioregion. There are several handfuls of threatened species including Slater’s Skink and Black-footed Rock-wallaby.”

She says the experiment will be extended to 40 pet cats.

The images show a cat’s travels in town (top) and in the the suburb of Connellan, near the airport (at left).