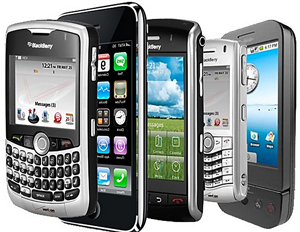 Telstra has no similar cost sharing agreement with any other states or Territories. The NT Government will not get a share of the revenue created by the installations for which it is paying half.

A government spokeswoman says the process for selecting communities to benefit is still under way and will be completed by October 1.

She says Chief Minister Adam Giles has announced that Umbakumba, in the Top End, will be the first community to receive services under the program.

Mr Giles says in a media release: “Having access to mobile phone and internet services is essential not just to keep in touch with family and friends, but also for business and economic development.”

We asked the spokeswoman for Mr Giles what is the evidence of “business and economic development” (except Telstra’s) being enhanced by the introduction of mobile phones in remote communities.

She replied: “Business development opportunities will be determined by residents and existing and new businesses within communities.

“An example would be showcasing Indigenous art works and crafts facilitated through an online presence with a web site and online purchase capacity.

“Options for tourism related businesses would also be facilitated with an online presence and mobile communications for bookings.”

We received no reply when we requested examples in the past of the introduction of mobiles and wifi “stimulating businesses and the economy in, say, Hermannsburg and Yuendumu.

“Are there figures, compared with when landline only was available?” we asked.

The installation of mobile phone towers and equipment will provide a 3G mobile service, while fixed broadband will enable people to get broadband services at their homes and businesses through their land lines.

A similar deal between Telstra and the NT Government in 2013 introduced a mobile services in eight communities and ADSL in a further six.