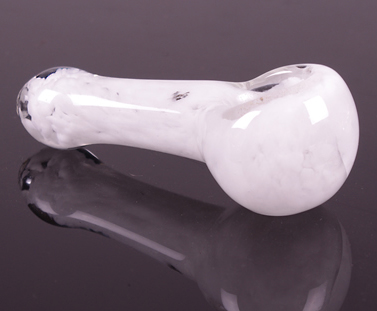 Sir – Scott Morrison, the Minister for Social Services, on Channel 7 this morning announced that the Government is considering taking ‘Ice’ users off welfare.

Such an action, as a part of a response, does not accurately address the issues.

What are we referring to when we talk about ‘Ice’? This is the name used for the purest form of Methamphetamine (Meth) and one which is so expensive that it could never be sustained by the use of welfare payments.

It is our understanding that actual ‘Ice’ users are more likely to be those who are reasonably well off or those who already use crime to supplement their habit.

If we are referring to Meth in general, in its various forms it can be obtained quite cheaply or made with ingredients readily available over the counter.

The word ‘Meth’ should probably be used when describing the increase of drug use impacting on our communities. How would we identify users of Meth?

According to social media comments, the general public supports a drug testing regime before Centrelink payments are made. This leaves Centrelink, a Commonwealth agency, in the situation of undertaking such tests and then dealing with what that reveals, which could be very unreliable data.

A urine sample from a Meth user can be clear a very short time after the drug was taken. A person can stop using the drug (depending on usage) for a few days before Centrelink testing and not be detected at all.

Many drugs are difficult to detect and they have very different time frames for simple forms of detection.

On the other hand, marijuana can remain in the system (once again depending on usage) for several months after cessation of use.

So how, without a control test in the initial stages of testing, do we determine usage when there is no data to compare it with?

Popular statements or those uttered to appease the general population are understandable but must be thought through.

It also needs to be understood that addicts with children and who are on welfare, still for the most part, feed their children. We have to be very careful not to put more innocent children in jeopardy in order to punish parents with an addiction.

There also seems to be a call for mandatory rehab for users.

The NT Government has already introduced a mandatory alcohol treatment program, which is enforced under certain circumstances.

This could possibly be extended to drug users. However it is far too soon to determine the success or failure of this treatment and until there is some firm evidence around this initiative, I would be cautious and reluctant to extend it to drug use.

There is significant evidence that indicates that a person who enters a rehab program of their own free will is more likely to succeed.

In DASA’s experience, a person addicted to alcohol, whilst often more difficult to “come down off” is less likely to suffer some of the more aggressive or paranoid type behaviours as that of certain other drug addictions.

We do find that even though we do take people coming down from Meth on a voluntary basis, they are much more challenging to manage as clients.

In larger numbers they could make life and treatment for other residents and staff much more difficult.

Also, should mandatory treatment for Meth or other drug addicts be introduced, organisations such as ours would require a higher funding base to take the greater numbers.

The alcohol and other drugs sector is already quite underfunded. We are all being asked to do more with less and to respond to what is described as a national crisis.

What this problem needs is the Government to draw on the expertise of those already working in the sector. They need to look at best practice overseas and locally and having done that, take some of the difficult decisions that may or may not be popular in order to deal with it.

There is no single answer. We need to look at supply, reasons for addiction, prevention, education and rehabilitation.

If we are serious about dealing with this situation, we need to stop making kneejerk statements and actually do something practical and lasting to address this problem in the long term.

IMAGE: Drug pipe offered for sale on the web.