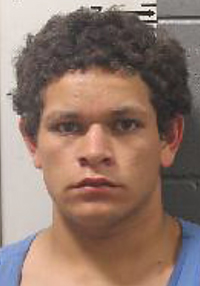 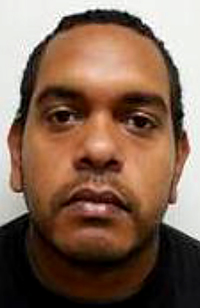 Police have released the names and photographs of two men they want to speak about the aggravated robbery that occurred in George Crescent in the early hours of Tuesday.

They are 22-year-old Bradley Abbott and 24-year-old Clinton Price.

Bradley (right) is described as being of Aboriginal appearance, 170cm tall and of medium build with short black hair.

Clinton (left) is described as being of Aboriginal appearance, 176cm tall and of medium build with short black hair.

Man on remand for robbery dealt with for traffic offences

A man is being held on remand in relation to the robbery after appearing in court on Wednesday. He is Marley Ray Campbell.

Police prosecutors applied for and were granted an extension of time to serve the brief against him, in part in order to have his alleged co-offenders brought before the court alongside him.

Magistrate Sarah McNamara allowed the application. The brief will be served by 16 October and a preliminary examination mention (PEM) was set down for 21 October.

Meanwhile, Campbell was dealt with for driving offences, which occurred on 31 May this year when he drove without a licence and at a speed of 117kmph in a 100kmph zone on Ilparpa Road.

Campbell has never held a licence, said the prosecutor; he answered “no comment” too all questions from police on the matter; he is known to them. His prior history was tendered; it includes three prior convictions for driving unlicensed.

The court heard from Campbell’s lawyer that he is in receipt of Centrelink benefits and before his arrest was due to start a literacy and numeracy course.

Magistrate McNamara noted that he was young for sentencing purposes and gave him credit for an early plea on the driving offence; it was dealt with by conviction and a fine of $400 plus two victim levies ($150 apiece).

She warned Campbell of the dangers of his driving, particularly on this notorious stretch of road, but said, “I suspect you have bigger things on your mind” before remanding him in custody.

The prosecutor told the court that the identity of the alleged fourth offender in the aggravated robbery was not known and that forensic analysis was being conducted to help identify him.