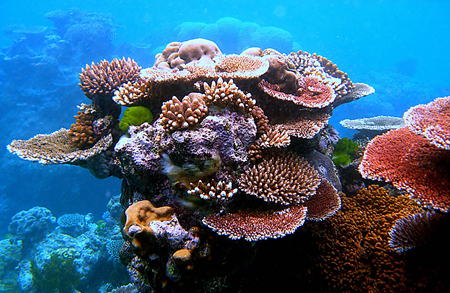 The Great Barrier Reef, because of irreversible climate change impact, “as an extensive ecosystem … must be counted among the living dead”.

This is stated by prominent environmentalist Tim Flannery in his just published book Atmosphere of Hope. Such a development will create a massive void in Australia’s nature tourism.

Setting aside the tragedy fate the reef’s fate, should the Northern Territory position itself to fill the void? We put that question to Chief Minister Adam Giles.

He says we have “some of the most pristine landscapes in the world” – assets we need to “promote, preserve and invest in” so that the tourism industry can grow.

There need to be initiatives ranging from sealing the Mereenie inner loop road in the West MacDonnell Ranges – already budgeted for – and protecting fish stocks in the Top End.

With the engagement of native title holders and traditional owners, projects should be considered such as a chair lift to the top of the range in Alice Springs, perhaps linked with the Desert Park, and a hilltop restaurant, says Mr Giles. 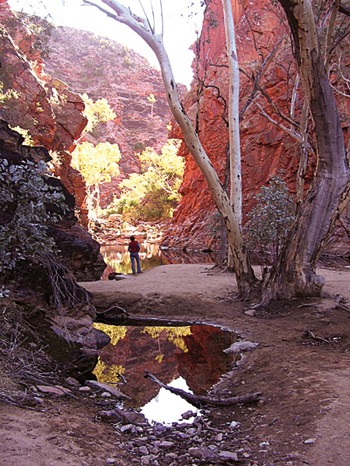 This is how Mr Flannery explains the fatal predicament of the reef:–

“Coral bleaching … occurs when underwater heatwaves stress the coral polyps, causing them to eject the algae living in their tissues, and so to turn white.

“At the rate at which we are currently burning fossil fuels, the world will be around 4 degrees C warmer by 2100 than it was in 1800.

“[The Great Barrier Reef] would need to migrate southwards [into cooler waters] at the rate of 40 kilometres per year.

“Yet corals seem to be unable to migrate at rates greater than 10 kilometres per year.”

IMAGES: The Great Barrier Reef and Serpentine Gorge in the West MacDonnells.