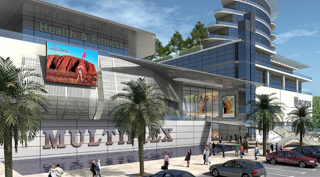 A letter of intent for “potential collaboration” in developing a massive technology, sport and education hub on the show grounds has been signed by the Blatherskite Park Land Trust (BPLT) and The Hatzimilhail Group Pty Ltd (THG).

The signatories are THG chairman George Hatzimihail, who lives in Brisbane but has numerous family members in Alice Springs, and BPLT chairman of the trustees, Brad Bellette. 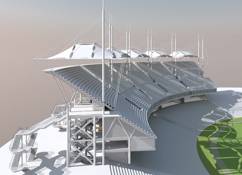 Rob Clarke, the founder and driving force behind the Redtails, has been instrumental in initiating the project.

He sees it as a potential place where the more than 200 participating men and women aged 16 to 30 can have a base for their activities that embrace Aussie Rules and other sports as a stepping stone to achievements in education and employment.

According to a presentation of the project, THG is “a major shareholder of EFL Tech NV [and as such] currently controls over 400 international patents involving emerging technologies”.

EFL’s CEO, Alex Hatzimihail, says the project is similar to the one planned for about 25 hectares of land in the Desert Knowledge precinct, which has been under discussion for two years without coming to a conclusion. 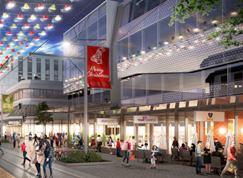 He says the new planned site is owned by the NT Government, leased to BPLT and would need the consent of Lands Minister David Tollner for the proposed use.

The letter proposes $1 as payment for a 99 year lease, but requires multi-million dollar developments to be provided by THG, or entities brought in as partners.

The arrangements would protect all current major events, activities and clubs, including the annual show (which would get to keep its gate takings), Finke and Camel Cup.

The letter says: “BPLT will require a solid financial position to be appropriately presented by THG that will demonstrate both the ability to commence The Project on a stage by stage basis and to complete The Project in its entirety as agreed between the parties.”

No time frame is given except to say there would be staged developments, some of them in the new Kilgariff suburb.

According to the presentation, planned are a technology park; an international college to cater for up to  5,000 students per year; a cultural centre / hub (including planetarium), a retail precinct (including restaurants, bars and general retail), a limited (150-200) on-campus residential sports development centre; a light monorail transport system and water catchment towers.

It would get a “Redtails Grandstand” with 2500 seats, and a maximum ground seating capacity of 10,000. 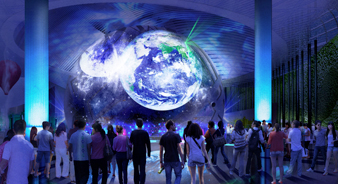 The presentation says in parallel to the Blatherskite Park development, the master plan will also include at Kilgariff a 2,500 unit residential development  (2 and 3 bedroom dwellings) and a retail development to support the Kilgariff community.

A campus supporting 5000 international and local students would act as an incubator to feed selected students into the Technology Park and will be partnering with local and international universities.

It will have a foyer with planetarium presentation, climate controlled atrium and an 800 seat theatre (Araluen’s has 500 seats). 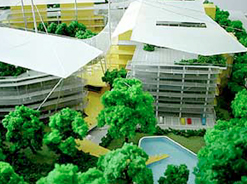 Mr Clarke, who is Alice born and bred and owns a mechanical workshop, says his view of the Blatherskite development is to improve “what’s already there, making it bigger and better”.

Since 2009 the Redtails have been “guiding young Aboriginal people into mainstream society, encouraging then to become leaders,” says Mr Clarke. 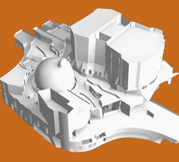 Football is a launching pad for that.

“The business community has been extremely supportive. The government needs to get behind this. It could be doing more.”

So far Redtails has put about 15 young people into jobs, including some requiring full trade qualifications.

To date, more than 180 young men and women have trained for the opportunity to represent the Redtails in the NTFL and against other South Australian sides.

Redtails NTFL side has now forged links with the SA side, Port Power.