Home Issue 10 Survey: How much do you like Adam Giles?
Issue 10Issue 9Volume 22 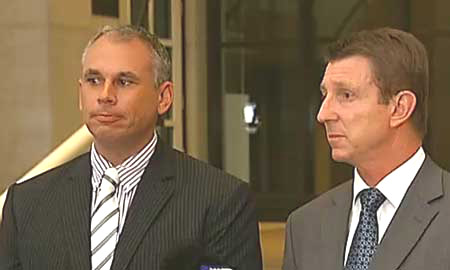 According to a reader in the Larapinta area – in Mr Giles’ electorate – the questions, put in an automated poll (using the phone buttons) included:–

• Does the CLP deserve to win the next election?

• Are they taking the NT in the right direction?

• Do you approve of the ALP and its leader Michael Gunner?

• Is the Member for Araluen Robyn Lambley (newly independent) doing a good job?

• How well is Giles doing?

• Do you think favourably of him?

• The same question was asked about Dave Tollner and John Elferink.

• Whom do you approve of Federally – Tony Abbott or Bill Shorten (our reader saw this as an indicator that Giles’ performance may affect the NT vote in the next Federal poll).

• Also, what are the major issues – jobs and economy, crime, cost of living and so on.

The call was received on the reader’s business landline soon after 4pm. The reader lives in Mr Giles’ electorate, Braitling.