A day in the sun for Alice Springs 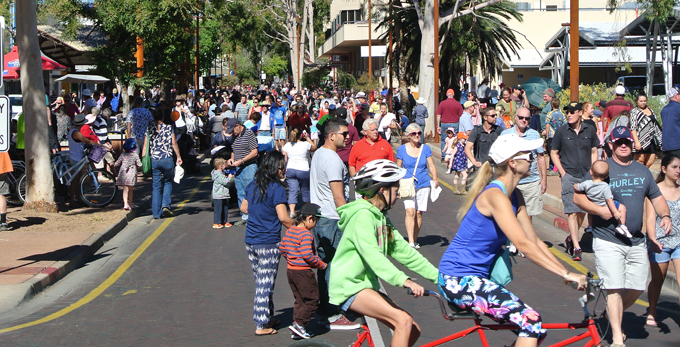 Mayday Monday in The Alice was all about being out there and having fun in our brilliant autumn weather.

Rider Scott Westover managed the feat by a huge seven and a quarter lengths.

But the day, of course, was all about people.

The crowd was strung out along the Mall for the Bangtail Muster parade, to be in it or watching it, while ladies in their fabulous fashions turned the Turf Club into sea of colour and style.

Kaziah Holloway (left in the photo at right) was chosen the winner of the trackside fashions quest. She is pictured with third place getter, Carla Gurney.

Aimee Cadan (3rd from the right in the group picture below) came second. All three are Alice Springs locals.

The course of the Bangtail Muster parade, in its 54th year, organised by the Rotary Club of Alice Springs, was almost entirely in the Mall.

Absurdly expensive traffic management requirements in the past had led to the change of the route.

Load restrictions in the Mall excluded flatbed trucks, which had previously been used as moving stages for the colourful displays as they progressed through CBD streets. 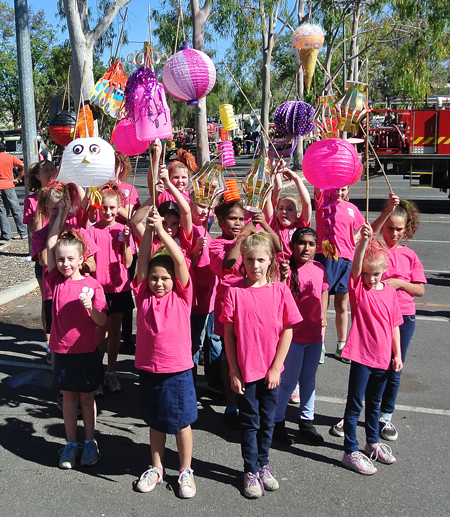 Many “floats” were reborn as walking displays. 33 of them took part, down seven on last year, and the crowd seemed a little thinner. (The Town Council online notice wrongly giving the starting time as 10.30am instead of 10am may have had something to do with this.)

PHOTOS BELOW: Fashions of the field • One of the three ships to do battle in that other Rotary-staged annual event, the Henley on Todd, later this year • Mounting yard at Pioneer Park • Drag machines strutting their stuff in the Bangtail parade • 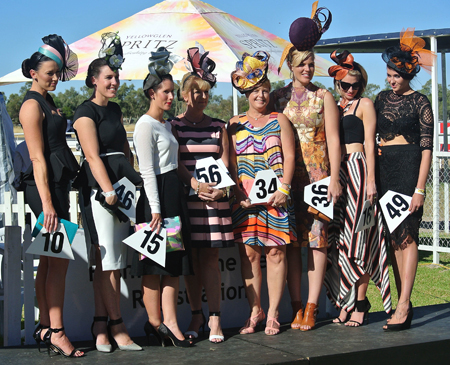 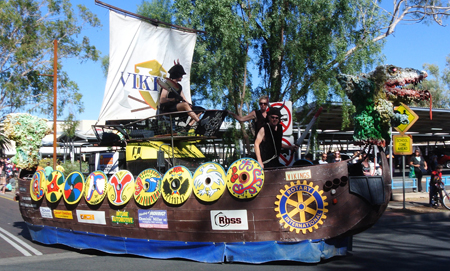