The NT Parks and Wildlife Commission is clearly spending a great deal more time controlling people than introduced grasses which are choking the Trephina River. It flows through the gorge that is one of the jewels in our tourism crown.

Couch and buffel grasses are lining both banks of the gorge, end to end, and beyond.

At the same time the Trephina camp ground, about 70 km east of Alice Springs, now features hundreds of ghastly black plastic bollards that tell visitors where they can go and where they cannot.

The commission, during all of last year, spent a mere 165 man-hours on the control of the grasses – the equivalent of one person working one month.

And most of that effort focused on protecting the rangers’ houses, the access road and “all visitor hubs, around assets and infrastructure” according to a written statement from the commission.

The natural assets of the place, which is what people driving our tourism industry come to see, seem to be of lesser importance. 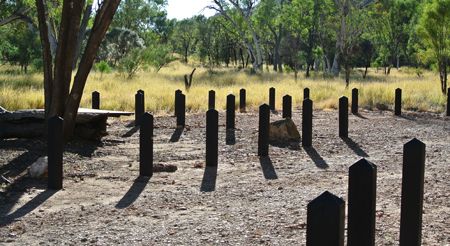 The statement says: “The next plan is to create firebreaks along the length of the Trephina Creek line to break the continuous infestation into more manageable sections for back burning from or containing a fire running up the creek line.”

Where? When? How much money will be spent on it? These are questions to which we could not get an answer.

The Alice Springs News Online was not permitted to interview the author of the statement, Chris Day, Director of Central Australian Parks, and follow-up questions we put in writing were ignored.

Absurdly, Mr Day has been known to the writer of this report for decades and, over the years, has given several interviews to the News.

We first raised the issues with the Government three weeks ago. 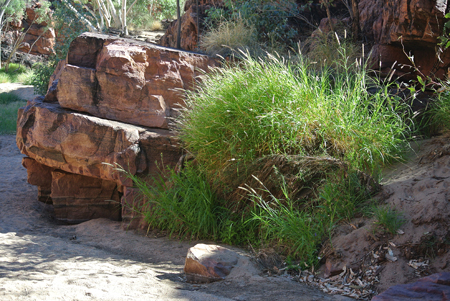 Buffel (at right), an introduced grass, doing well in the Trephina River. South Australia has declared war on buffel but in the Territory it’s not even declared a weed. Successive governments  have succumbed to the pressure of pastoralists although vast tracts of national parks – far greater money spinners than cattle – are under threat of being taken over by the plant, introduced from South Africa to suppress dust. The CSIRO played a role in its propagation. 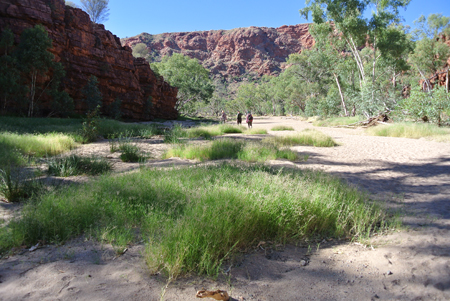 Couch spreading into the sandy creekbed. 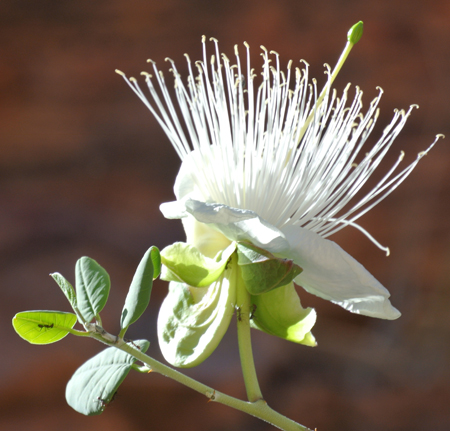 The native passionfruit (above) is threatened by the spread buffel and couch. This one is still flourishing in Trephina Gorge, but the plants once widely seen along the banks of the Todd in town have all but disappeared. 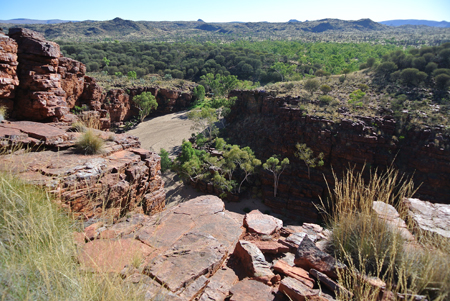 Thank goodness you can still get away from the weeds and the bollards: the view from the rim walk is stupendous.