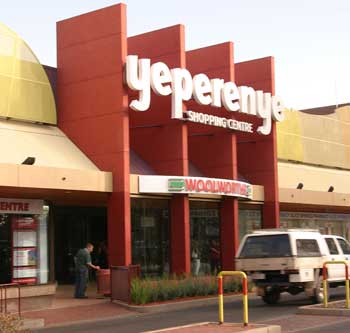 There is much wailing and gnashing of teeth at the moment by people who are well employed and salaried, speaking out on behalf of those who are not.

One laments is about Nigel Scullion’s “work for the dole life sentence” statement, as it is labelled in a media release of the Central Land Council (CLC).

That was followed by Tony Abbott’s “lifestyle” remark: How, so say some commentators, dare he compare the serious business of living in a remote outstation (devoid of adequate health and education services, job opportunities, law and order, housing, entertainment, and so on) at taxpayers’ expense, with a tree change or sea change by some Yuppie (who pays for it out of his or her own pocket)?

Another outrage is articulated by Jenny Bedford, the CEO of the Institute of Aboriginal Development (IAD), saying it may need to close because of funding cuts.

Locals will remember when the NT Government set up the Desert Knowledge Precinct, in a bid to save costs and create economies of scale, and encouraged Batchelor College, the Centre for Appropriate Technology and IAD to relocate there.

Batchelor and CAT did but IAD didn’t. It wanted to have its own little empire. It spent around $5m in public money to re-develop part of its complex on its prime South Terrace site.

No-one would complain if that money had been well spent. Readers commenting on our report last week doubt that is the case.

Ms Bedford was not available to answer questions on Friday nor this morning. We’ll report any replies when and if we get them from her.

Neither Senator Scullion nor Prime Minister Abbott, of course, are advocating the removal of Aboriginal people from the land they own outright (in the Territory that is half the landmass).

They are simply joining the decades-old debate about how much the taxpayer should be contributing to sustain people whose lifestyle choice – what other word can be used? – is to live on their tribal lands.

The CLC bluster, issued also on behalf of the Aboriginal Peak Organisations of the NT, says “we sought bi-partisan support for our comprehensive remote employment and enterprise development proposal in 2011 … yet it continues to languish while the Minister resigns himself to eternal unemployment out bush.”

While this proposal clearly didn’t get a take-up, did everything in matters of employment and enterprise development, within the ambit of the land councils, need to grind to a halt? Surely not.

We put the following questions to the CLC, the biggest shareholder in Centrecorp which controls investments worth a reputed $100m plus, and its Centrefarm:-

• What happened with the citrus plantation proposed for Utopia some 20 years ago?

• How come the pruning and picking at the Rocky Hill vineyard is done by Vietnamese from the Riverland?

• Why is the Finke vineyard no longer there?

• Why do backpackers harvest the produce at the Ali Curung plantation?

• How many Aboriginal people worked at the Ti Tree plantations when they were still active?

• How many small enterprises employing mostly Aboriginal people has Centrefarm created in the 250,000 square kilometers of Aboriginal-owned Central Australia?

• How many Aboriginal people have permanent jobs with businesses owned by Centrecorp, or operating from premises it owns, and what percentage of the total staff does that make up?

• Have profitable tourism, agricultural or horticultural businesses been established in the Golden Mile west of town, a short drive on bitumen from Alice, and well served with water, electricity and phone infrastructure provided by the taxpayer?

• How many of the cattle stations bought for Aborigines (advise the number, please) are profitable enterprises run by Aborigines, not counting those leased by white neighbours?

That was emailed on March 4. No answer yet. If and when we get it you’ll be the first to know.

So what was it that had failed to attract bi-partisan support in 2011?

The CLC points out it was a report called “Creating and Supporting Sustainable Livelihoods: A Proposal for a New Remote Participation, Employment & Enterprise Development Scheme” prepared – it will come as no surprise – with a grant from the public purse.

• Tier 1: Participants can engage in activities that develop and maintain formative skills and experience for sustainable livelihoods.

• Tier 2: “Participants and providers design a livelihood pathway that is tailored to meet the aspirations and capabilities of the participant.”

• Tier 3: A participant is engaged directly in the employment or enterprise opportunity identified in their livelihood pathway.

A level of income and activity support is “basic” in Tier 1, “higher” in Tier 2 and in the initial period of Tier 3, “intensive” as “Government, employers and enterprises combine to contribute to the participant’s income”.

The report is calling for “wage subsidies for driving participation”. It draws on “evidence that, where managed well, wages and top up have been effective tools”.

It is noteworthy that the demand for labour (see above), present or potential, doesn’t rate a mention in the process of participants “identifying their livelihood pathway”.

However, “local enterprise development and commercial opportunities will be identified and supported.

“Where managed well, wages and top up have been effective tools for engaging otherwise unemployed individuals in productive and educational activity and assisting them into non-CDEP jobs, where possible, over time.”

Participants are encouraged to enter, move through and eventually exit the scheme (in the latter case for mainstream employment where possible), by using a system of incentives coupled with a mechanism similar to CDEP’s “no work no pay”.

The report wants “single, place-based service providers who are on the ground in local communities on an ongoing basis [who] have an intimate knowledge of the local and regional economy” while “visiting services are a poor substitute”.

The length of provider contracts should be extended to five years.

The “livelihoods” will depend on a mix of activities including engagement with the market economy (such as through private and public sector employment and social enterprise) and, in many cases, continued public investment.

Empowerment of the disadvantaged individual or community to determine their own livelihood pathways should:-

• have long term and flexible programming;

• have responsive and participatory planning and implementation;

• have activity-focussed partnerships between disadvantaged people, their organisations, the public sector, the non-government sector and the private sector;

• have outcome-based monitoring and evaluation.

You can find the full report here.

The CLC does not explain why it is not mobilising the massive resources of Centrecorp to implement the recommendations of the report that it touts as the solution to the dearth of employment and enterprises in the bush.

“The concept for the establishment of Centrecorp arose in the early 1980s,” says the company’s website.

“At the time, the Central Land Council was considering how to establish an investment corporation that would allow Aboriginal people to participate commercially in the inevitable resource and tourism development projects that were just beginning to establish themselves in the Northern Territory, rather than simply observing this development take place around them.

“The shareholders of Centrecorp are CLC (3 shares), Congress (2 shares) and Tangentyere Council (2 shares).”