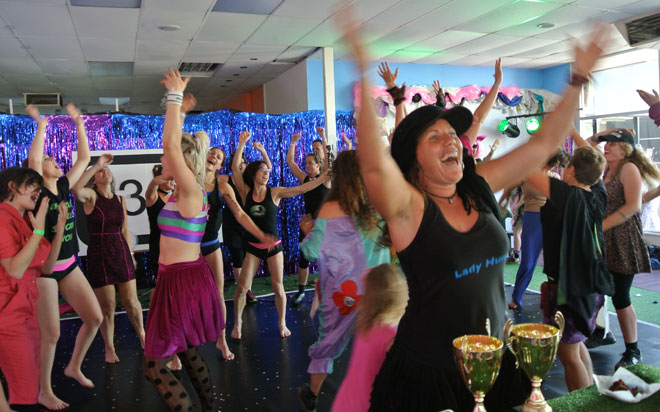 No one dropped and you couldn’t beat it for sheer exuberance: the 23rd hour of the Alice Desert Festival’s 24 Hour Dance Marathon. Esther Nunn in the foreground lasted the distance, one of three soloists to do so. She said the “fun test of endurance” gave her a “bizarre” but “happy, sunshiney feeling.” 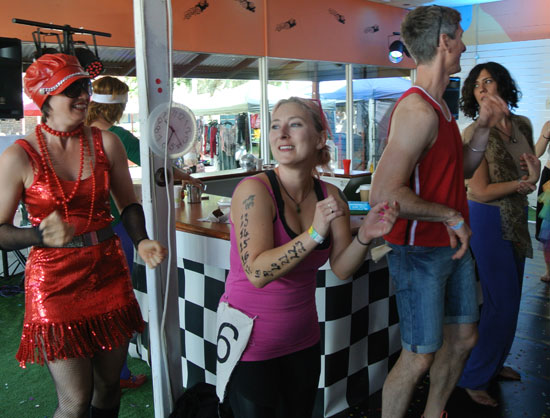 Half and hour to go. Jenelle Dunkin – in the pink singlet – is still look amazingly fresh. An assessment nurse at the police watch-house, she said the marathon was harder than “working a night shift” but new arrivals coming onto the dance floor would bring fresh energy to the marathoners: “We were feeding off other people.” She took advantage of the event to raise money for the McGrath Foundation (a breast care awareness orgnaisation), exceeding her target of $600. 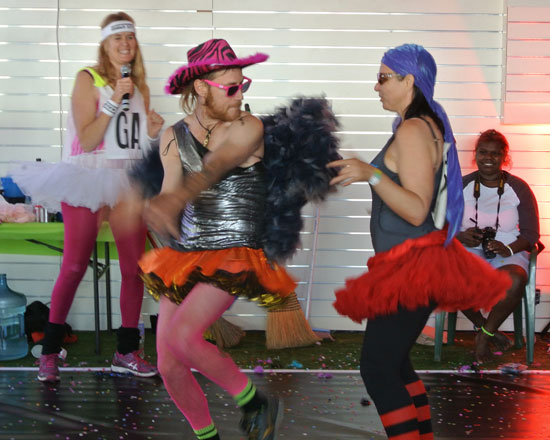 Petal and Peachy, what an item! In the last hour of 24, Petal seemed to have lost nothing of his wild energy. “There were quite a few low points,” he said, “but then you eat and ride the sugar wave.” He was finally “nackered” but also “overjoyed to have had the support of everyone to get through.” Peachy’s Lady Humps team also completed the 24 hours (with help from Esther Nunn’s staying power).  Franca Barraclough, one of the initiators of the event, is urging them on.

The event was held in one of the many empty shopfronts in the mall, the former On Safari adventure wear store. Passers by loved it.  Enlivening public spaces was one of the motivations of the event initiators, the SO REAL live arts company. 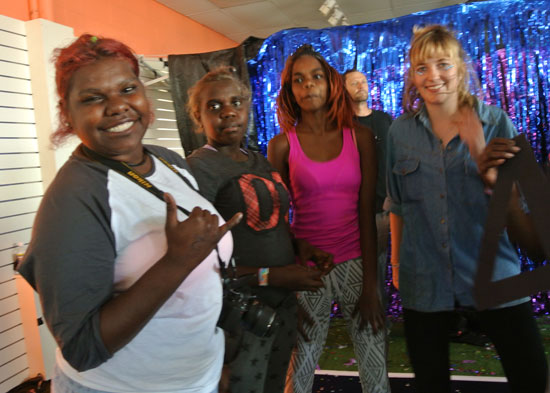 Another motivation is “community building”, say the SOREALISTS.  They were delighted to have this team from Yuendumu take part. 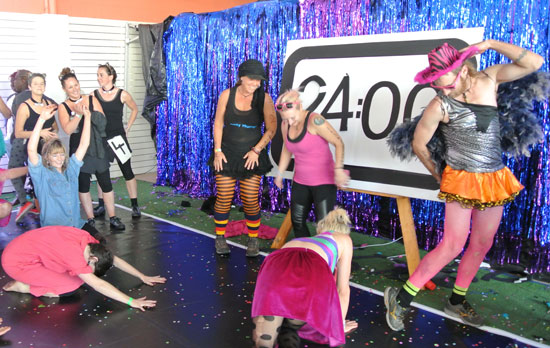 Obeisance to the three soloists who made it to the end: from left, Esther Nunn, Jenelle Dunkin, and Petal. 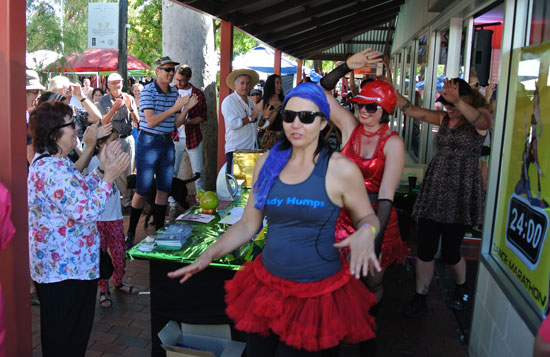 Visitors to the Sunday markets applauding the marathoners as they exited the shopfront shortly after 10 am this morning. Peachy of the Lady Humps team in the foreground. 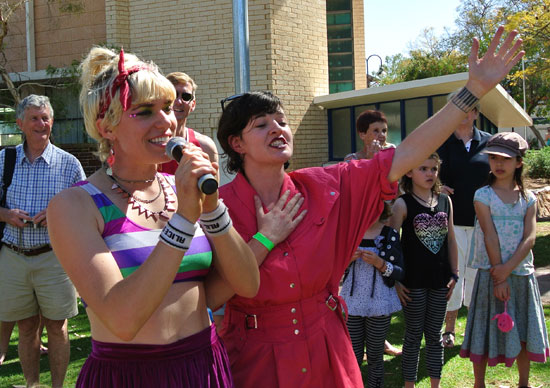 Stephanie Harrison and Beth Sometimes singing the Northern Territory anthem, ‘Stand as One’, composed by Harrison in 2011 as her winning entry in an anthem competition. Both had put in mega-hours at the marathon as MCs and dance leaders. 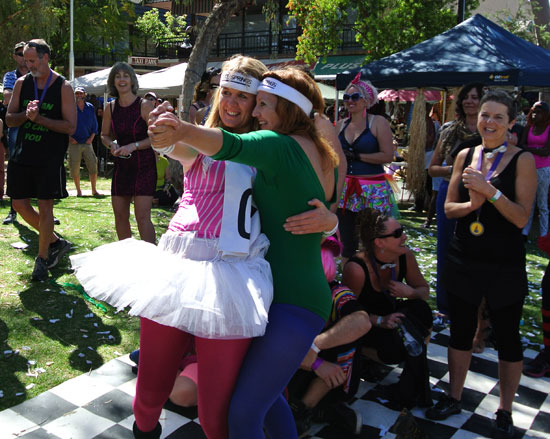 The SOREALISTS, France Barraclough and Melissa Kerl, on a high at the triumphant conclusion of the event.

Dance till you drop, our report from the event’s fourth hour.

The joy of an hour of power

By KIERAN FINNANE It was a case of watch and emulate: two of the top painters from the ‘Hermannsburg School’, working in the tradition of...
Read more
Issue 34