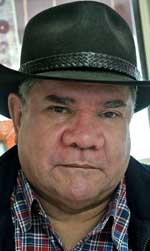 The Alice-based organisation Waltja Tjutangku Palyapayi is one of eight finalists in the Indigenous Governance Awards, to be decided by October 30, organised by Reconciliation Australia and co-sponsored by mining giant BHP Billiton.

There were commercial companies among the 113 applicants but none of them made it into this short list. “They just didn’t make the cut,” says Professor Mick Dodson (pictured) who chairs the panel of nine judges. “They were not competitive.”

He says the NGOs vying for the titles are judged on whether they are innovative, effective, contribute to Aboriginal self-determination and leadership, are culturally relevant and legitimate, and are resilient and have proven their viability over 10 years.

“We look at their governance resilience, their sustainability, look at the way they plan for the future,” he says.

Prof Dodson says the most recent commercial enterprise to win the award, given every two years, was a Brisbane based Aboriginal company, Carbon Media, in 2010. Its products range from children’s television, TV commercials, corporate productions to animation.

Carbon Media’s pitch: “We’re working with some amazing clients and partners to deliver landmark productions, cutting edge websites, innovative smart phone apps and effective communication and marketing strategies. From concept development through to distribution, we deliver quality at every stage of the production process.” 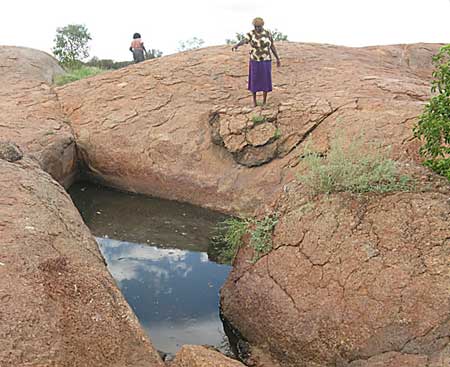 They “ticked all those boxes, and they ticked them very well,” says Prof Dodson.

Photos, at left and below, from the Waltja website of activities by its members.

NEWS: There is a growing belief that Aborigines playing a bigger role as producers of saleable commodities would enhance racial harmony.

DODSON: These organisations employ a lot of people. There is a finalist in this round who is the biggest employer in Wyndham. They employ more people than the government does there.

NEWS: Why are commercial enterprises absent from the short list?

DODSON: They are not good enough. They have to lift their game so far a governance is concerned to get in the last eight. There are 113 top-line applications. They are very, very competitive. Waltja is an enterprise. It competitively tenders for government contacts. It raises money privately, on its own accord. It’s not bludging off the government. It does an excellent job for women and children.

NEWS: It does welfare work rather than producing something for sale.

He points to a dozen or more Aboriginal paintings covering the walls of the Waltja office where we are talking.

NEWS: Are art enterprises from the Centre in the short list?

DODSON: No. They have been in the past. One near the WA border won the top award about six years ago.

According to its pitch, in the Waltja Tjutangku Palyapayi Aboriginal Corporation, formed in 1993, Central Desert women are “leading a grass-roots approach to strengthening their communities” enabling them “to make their own decisions” and addressing “the severe economic disadvantage of its community members by supporting them through hardship and providing programs, training and employment opportunities to maintain family and culture and to encourage greater economic independence.

“It also fosters community participation in deciding how services are administered to the region’s Aboriginal population.”

Only Aboriginal women living in its member communities over a 90,000 square kilometre area can be elected to the organisation’s management committee and executive.

The organization has 18 full time and six part-time staff, including eight trainees.

NEWS: The Federal Government has cut back a lot on funding NGOs. 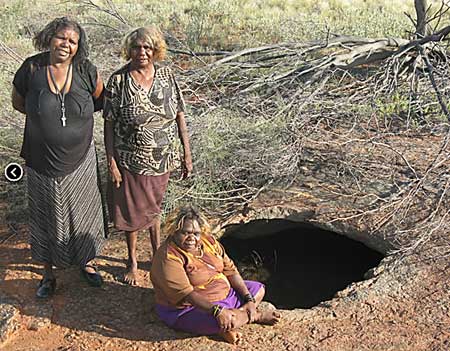 DODSON: Organisations with good governance take that into account. One finalist factored into its planning the receipt of money from the government. They didn’t get it this year. But they had not put all their eggs in one basket. That’s good leadership and governance. They had a back-up plan. Being a finalist in these awards helps these organisations with getting money from whomever.

NEWS: Is there overlapping of the activities? Are there too many NGOs?

DODSON: I don’t know if that’s exactly true. There is a narrative around about that but where is the proof? It’s easy to say that. Media particularly say that. And politicians. But they never provide any evidence. Even the government’s approach now, reducing 280 programs down to five, they are not providing any evidence that this is more efficient. In fact the early indications are it’s less efficient.

There are six incorporated organisations on the awards short list. They are, according to Reconciliation Australia:-

• The Australian Indigenous Mentoring Experience is Sydney-based, with a growing national footprint, and supports Aboriginal and Torres Strait Islander students into further education, training and employment, seeking “to make the experience of attending university less daunting for them”.

• The Girringun Aboriginal Corporation’s mission is protecting the land and sea rights of Traditional Owners in Cardwell, North Queensland, through representation and participation.

• The 38 years old Victorian Aboriginal Child Care Agency is the oldest Aboriginal child and family welfare organisation in Victoria, “founded on the principle of the right of self-determination for Aboriginal people”.

• The Institute for Urban Indigenous Health is “working towards health equality for Aboriginal and Torres Strait Islander people in south-east Queensland”.

• The Ngnowar Aerwah Aboriginal Corporation is “delivering world-class alcohol and other drug services for the wellbeing of Aboriginal people in Wyndham, WA”.

Non-incorporated initiatives or projects picked as finalists include the Marruk Project, “using performing arts to strengthen culture and relationships” in Swan Hill, Victoria, and the Muntjiltjarra Wurrgumu Group in Wiluna, WA, “helping to break down communication barriers between the local Aboriginal community, industry and government agencies”.

The winner in each of the two categories will receive $20,000 and the runner up in each category will receive $10,000. This is a total prize pool of $60,000. Additionally, all finalists receive an Awards package comprising:

• A 12 month partnership with a high profile corporate partner, who will provide mentoring and assistance in an area identified by the finalist.
• An award to commemorate their achievement.
• Travel for two members from each finalist organisation to attend the awards presentation event in Melbourne in October 2014.
• A communications package of photos and footage from the judge’s site visit to their organisation.
• Promotion as a finalist in the Indigenous Governance Awards on the Awards website and other coverage.
Facebook
Twitter
Pinterest
WhatsApp