Cops at bottle shops have contributed dramatically to a reduction of alcohol consumption, according to new data collected by the Central Australian Aboriginal Congress.

In a comment on two years of CLP government in the NT, Congress CEO Donna Ah Chee (pictured) also cites other results from the initiative: decreasing harm and crime. But, she  says, the Banned Drinkers Register (BDR) should be brought back.

She also urges that there not be more pokies. She provided the following statement:-

About 70% fewer clients are consuming more than 50 standard drinks per week, compared with a similar five month period in 2013.

Lack of access to take away alcohol has been a major contributor to this and has complimented the effect of the treatment program (see graph), resulting in a major reduction in heavy drinking and associated problems.

Police data published has shown a 50% reduction in assaults since the strategy began and data recently released by the Attorney General has shown a 27% reduction in police assaults for the first six months of 2014 which includes 2 months without the TBL strategy.

Alice Springs Hospital data published has shown that alcohol related emergency presentations are also down by approximately 50%. Congress is also aware that referrals to the Women’s Shelter are reported to have dropped by similar amounts. 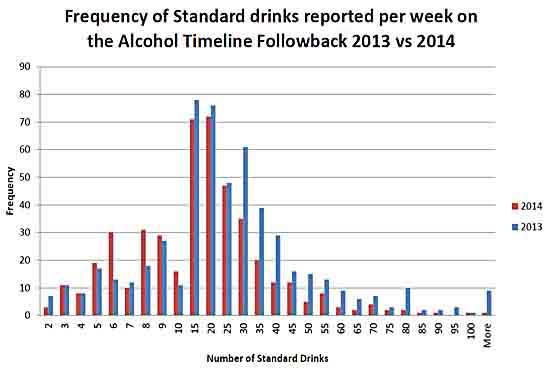 Alice Springs Town Council rangers have reported in the media that they are no longer tipping out alcohol and are no longer coming across drinkers in the river bed.

Congress supports the continuation of the strategy for its positive effect on Aboriginal people in Alice Springs; however, there are concerns that the strategy is discriminatory.

Congress believes that in order to ensure that the overall alcohol strategy is less discriminatory and even more effective, photo ID scanning for all alcohol purchases should be resumed and the BDR should be reinstated, in order to better target any person who might have a serious alcohol problem.

This is the position that Congress will put to the Alcohol Reference Panel for further consideration. The government have continually indicated they will support local solutions and we hope that the town can agree that it is important to re-introduce photo ID and the BDR in addition to the continuation of TBL.

The NT Government’s proposed policy to allow more electronic gaming machines in licensed clubs, including on remote communities, is a significant concern. Gambling is already a major problem in Aboriginal communities and is a contributor to child neglect.

The 2010 productivity Commission report into gambling found that electronic gaming machines are the most addictive and harmful form of gambling – more so than the card games that currently take place in many communities.

This report also found that the NT already has the highest per capita gambling problem in Australia with almost three times the per capita expenditure on gambling compared with any other jurisdiction. It would be very harmful to further liberalise electronic gaming machines and Congress hopes this will not occur.

Congress welcomes Minister Lambley’s recent announcement to address the shortage of Aboriginal Health Practitioners (APH) in the NT, with the establishment of a Ministerial level taskforce to focus on this issue. The need for this issue to be dealt with at the Ministerial level is long overdue as internal departmental reviews in the past have not led to action.

In the past, significant funds have been invested in AHP training but with very few outcomes, with the system failing to produce enough graduates each year for registration to practice.

As a result, there are many unfilled AHP positions throughout the NT and a focus on AHP training presents a major opportunity to improve both Aboriginal employment levels as well as the quality of health services for Aboriginal people.

The employment of Aboriginal people as AHPs will have many positive flow-on effects for the economy, particularly as the certificate 4 level AHP course offers well paid employment, even for those people who have not completed Year 12.

There is a need to be able to expand AHP training in collaboration with Aboriginal health services and additional training providers including Central Australian Remote Health Development Services and NT General Practice Education.

By KIERAN FINNANE “The 75th anniversary of the bombings of Hiroshima and Nagasaki comes even as the risk of use of nuclear weapons has risen...
Read more
Issue 32