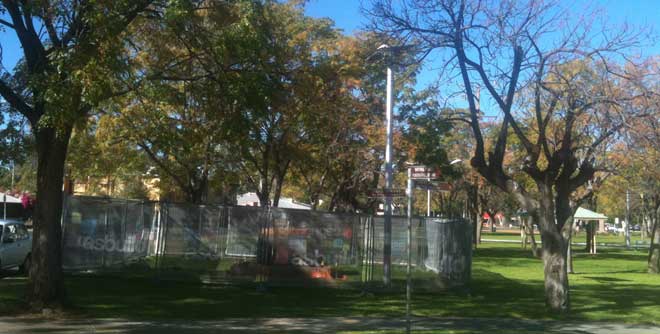 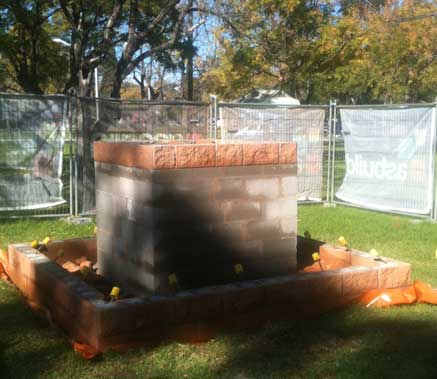 It was supposed to be a gift to the ratepayer from the Freemasons. Now the John McDouall Stuart statue is going to cost the town $75,000.

Work has begun on the base (left): the concrete needs to cure for 28 days before loads can be applied.

The four-metre high statue of the explorer – crafted in ferro-cement on a steel frame by folk sculptor Mark Egan – will be erected at the end of July.

The original offer to the Town Council from the McDouall Stuart Lodge no.219 included installation costs, but communications between council and the Lodge broke down following controversy over the placement of the statue.

Initially it was intended for the Civic Centre lawns and there was a temporary unveiling there back in 2010. After strong objections from parts of the community, council decided on – and eventually got heritage clearance for – the present location at the western end of Stuart Park (top).

Stuart staue: should council give it back? This report of council deliberations in February this year also contains the links to our reporting of the controversy in 2010.