Offices? Court house? Either way no say for public. 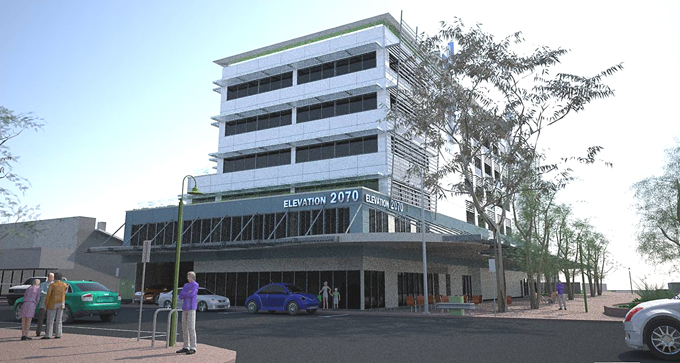 Attorney General John Elferink says 14 Parsons Street would be a suitable location for new Supreme Court rooms and he has discussed the possibility with Michael Sitzler, of Sitzler Brothers, who owns the building.

However, Mr Elferink says he had made it clear that the firm would need to seek any deal through the normal tender process, “like anyone else”.

If Sitzlers are now doing any construction work in anticipation of winning that tender, then that would be their decision.

The tender is not yet on the government’s Quotations and Tenders Online website.

The project is in line with election promises to expand court facilities in Alice Springs which have become very “squashy,” says Mr Elferink.

Asked to define the extent of the town’s legal “precinct” he said the courtrooms, possibly taking up “a couple of floors”, would need to be near the existing courthouse.

Asked whether unruly behaviour outside the new court rooms could have a negative impact on the tourism in the town centre, he said: “If we were to jump at shadows we may be petrified into absolute inertia.”

Court buildings are typically near town or city centres: “They are regularly in the CBD.”

The government-owned Greatorex building opposite the police station is not suitable for the new facilities as it will soon be accommodating police staff, says Mr Elferink, and a new building in the car park was also ruled out, taking into account the government’s $5.5b debt load.

Rather than spending $30m on a new building, long term leasing has been given preference, says Mr Elferink.


Is there going to be an office building or a courthouse in 14 Parsons Street? Same thing, so far as the NT planning legislation is concerned.

In July 2011 the NT Government gave the construction company Sitzlers an “exceptional development permit” for a “five storey office building with basement car parking levels” on the site of the former Commonwealth Bank building.

Last week the NT Government announced that it will rent space for a new Supreme Court building from a developer via a long term lease.

On Friday last week Sitzlers advertised that it would start demolition of the existing building today, urging pedestrians and motorists to be careful.

Today Sitzlers would not answer questions so there is no official reply about what will be built in 14 Parsons Street – a court house or an office building.

Well, it can be either, without any further ado – such as public exhibition, public comment, public hearings or the Development Consent Authority – supposedly representing the public – having its say.

This is why. The definition of office is as follows: “Office means a building or part of a building used for the conduct of administration whether public or otherwise, the practice of a profession, or the carrying on of mercantile, banking, insurance, legal, clerical or similar services, but does not include a home occupation.” 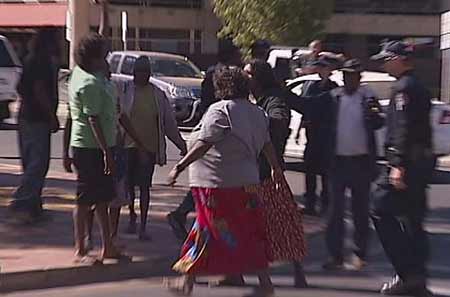 Note the word “legal”. For example, part of the building opposite Billygoat Hill, formerly the home of Eagle Boys Pizza, was turned into a juvenile court without any approval process.

If that occurs in Parsons Street, then the public may well be peeved, given that outside the court supporters and adversaries of defendants sometimes express their views in a robust manner, as it made national headlines during the Liam Jurrah trial.

Would a tourist town like for this to occur even closer to its very centre, the Mall? And right next-door to the Residency?

The government doesn’t have to ask the public: “There is no right of appeal against a determination by the Minister in relation to the grant or variation of an Exceptional Development Permit.”

But the current government is safe in case of an outburst of public anger: The permit was granted by Gerald Francis McCarthy, Minister for Lands in the former Labor government.