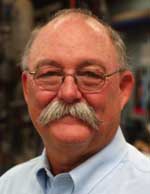 Senior Desert Knowledge Australia (DKA) staff and its two senior board members have gone to ground as the NT Government’s review of the organisation is entering its final phase.

CEO John Huigen and board chairman Fred Chaney have not responded to questions from the Alice Springs News Online, and deputy chairman Harold Furber has refused to answer questions.

There are significant resignations from the organisation and its funding from the NT Government – $900,000 a year – is in doubt. The government enquiry is being carried out by Don Zoellner (pictured), former school principal and pro-vice-chancellor at Charles Darwin University, and now with the university’s Northern Institute. It is understood his preliminary report is due at the middle of this month, and a final one, in February, with  funding in place only until the end of March.

We asked DKA for the following material or information: the 2012-13 profit and loss statement; wages of top executives; staff turnover in 2013/14 (to date); a report on HR issues delivered to DKA in November or December 2013; Jane Munday’s report on objectives of DKA; the Business Transformation Plan, and board minutes for 2013.

Meanwhile enquiries by the Alice Springs News Online into the DKA Outback Business Network (OBN), cited as one of its major achievements, suggest that it has more front than substance.

The OBN – “a flagship program of Desert Knowledge Australia” – is largely funded by BHP Billiton. The mining giant says on the DKA website: “A second phase of the partnership (2012 to 2014) will see a new investment by BHP Billiton of $1.2 million, bringing its total contribution to $3 million across five years.

“The focus of the new partnership is on building the long term financial sustainability of OBN beyond BHPB’s support.

“Desert Knowledge Australia will develop greater diversity and sustainability in revenue streams to strengthen the program for the long term, alleviating OBN’s key dependency on a small number of supporting partners,” says the website.

There are 300 participants in the OBN listed in Central Australia. The News put the following question – or attempted to put it – to 18 of 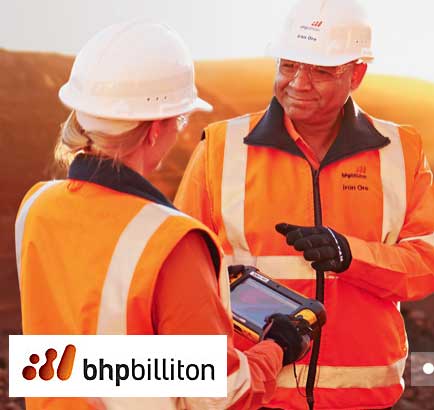 them: “What benefits (if any) do you derive from Desert Knowledge Australia’s Outback Business Network?”

We tried to fairly represent a cross-section of the participants in our sample. They are listed as individuals, with a reference to the organisations or businesses to which they belong.

We found that many of them belong to the same business or organisation. For example, 53 of the 300 are connected to the Charles Darwin University and 13 to the Mental Health Association.

In response to our question the Alice Springs Convention Centre said: “DKA Outback Business Network represents a reciprocal community and commercial network resource” for the centre.

Only two other respondents gave positive, albeit qualified responses.

Liz Martin, from the National Transport Hall of Fame, said she is “not actively involved” at present. However, the OBN had assisted in setting up a useful system of “cross promotion” between the Hall and self-drive oriented businesses (museums, caravan parks) in outback towns including Coober Pedy, Laverton, Winton and Boulia.

It would have been possible to set up such a network outside of the OBN but it had “planted the seed,” said Ms Martin.

The other positive comment: “I only just re-joined. I used the OBN as a source for employers of Indigenous staff. I might try it for networking again.”

Other respondents were far less complimentary.

“I got stuff-all out of it,” said one. “Nothing. It is not being promoted. It’s just there to generate a warm and fuzzy feeling for DKA.”

And: “I haven’t been an active member for two years. OBN doesn’t suit me. It’s a good concept but too hard to push. It’s too hard to coordinate businesses in my line.”

And: “I’m not that involved with it. The mining expo quite a long time ago [the respondent didn’t remember how many years] was useful.” He has not participated in recent expos, being “too busy taking care of day to day tasks”. He also says Google has superseded the search functions of the OBN.

And: “We’re getting nothing out of OBN. We don’t participate in a lot of the stuff they do. They expect you will allow OBN to dominate your life.”

After sponsoring an activity for one year, this participant was told to herself find a replacement sponsor for the following year: “OBN staff expects you to freely give your time for tasks for which they are getting paid. I’m not seeing any benefits. The idea was good when it was fresh years ago. OBN is run by people who don’t know what happens in the real word.”

And: “Nothing. Not a thing. I cannot recall ever reading an email.”

And: “I’ve not answered for a long time. I’ve not even bothered. I get the emails. I should unsubscribe. I live in Darwin now.”

Three phone numbers listed had either been disconnected or were wrong.

(BHP Billiton has been asked to comment and we will publish it if and when we get it. Mr Huigen yesterday responded to our email saying: “I’ve just got back from holidays at midday, and will attend to [the News’] email when I can in the next few days.”)