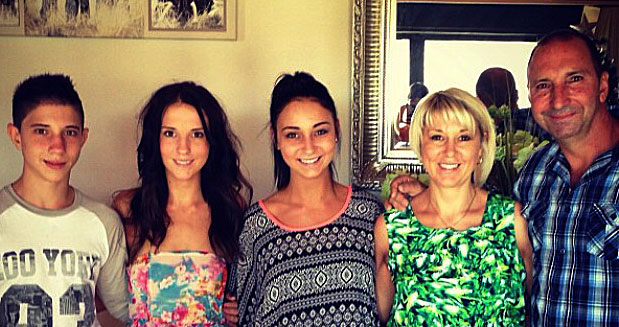 Councillor elect Kylie Bonanni with husband Fabio and their children (from left} Jacob, Gemma and Tessa. 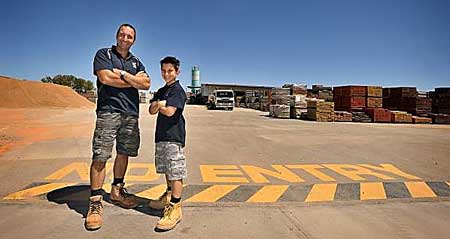 Alice Springs has massively backed a council candidate who gives young people jobs, not programs; who can stand up for the local construction industry, including a swarm of tradies, staring into an abyss of no contracts, no jobs next year; and someone who has runs on the board over decades as a player in small business, from a lowly worker to running one herself.

To be a member of a big Italian family with roots in the town over decades clearly didn’t harm her chances either when Kylie Bonanni got nearly as many primary votes as her four male opponents put together.

The councillor elect now sees herself as having a mandate  – obligation – to push the interests of local business, well beyond the council which, she agrees, is a lobby for the town vis-a-vis the Territory and Federal governments.

“We need more commitment to the town,” she says. “Nobody knows what work is coming at the start of next year.

“Not one builder has any idea what’s happening in January. We need more foresight. They want a voice on council, and not necessarily just on council.

“They need to be able to pick up the phone and ask, what’s happening? Is there more work coming for Alice Springs?

“My family is involved in this. We have no idea what’s happening next year.” 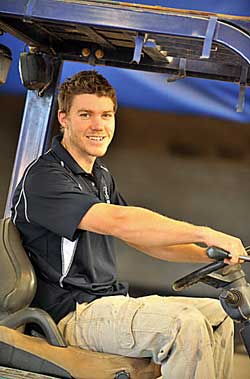 She says she heard Chief Minister Adam Giles speak last night, saying “they are still focussed on Alice Springs” – the go-ahead to the police station and Kilgariff, now reduced to 30 blocks, is part of this, but there is not sufficient certainty to avoid staff lay-offs.

“We need a little bit more than ‘this may be happening’,” she says. Both projects are still a long way off.

“Council needs to have more input to government,” says Ms Bonanni, listing her reputation as a hard worker as the main reason why people voted for her. “And I am a person of my word. If you give your word you stand by it. I am very loyal. I married into a family that has the same kind of commitments.”

She still has close links with business people she worked with soon after she first arrived in town in 26 years ago.

Right now she says: “I still have to learn the ropes, but I hope I can be that bridge to the government.”

There was a focus on youth services in the campaign yet it didn’t seem to bite with the majority of voters. Why?

“A lot of people are focused on youth. I am focused on the town of Alice Springs.

“I am not trained in the youth area. Council does have a calendar of events for the youth. I’ve got three kids of my own. Should young people get things on a silver platter?

“I think it’s more important that their mums and dads have jobs, money in the bank, and there is money coming into the town, which has a flow-on effect.”

Says Ms Bonanni: “In the brickyard we deal with a lot of young people who can’t get mainstream jobs. They have left school early. They don’t have a trade. They come to us. It’s hard work, labouring positions.

“If they have a commitment to hard work we give them a job. It doesn’t matter that you haven’t finished high school. And you may have had it a bit tough.

“We have a good understanding what these young people need. They need to make money. They might have a child on the way. They need a job. 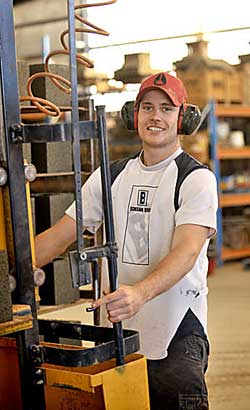 “We have employed so many young people, black or white. It’s been both.”

Her record in the community advanced her chances: “At the brickyards we’ve always dealt with people in an honest and trustworthy way. That’s held me in good stead.”

Still involved in the family brick making business Ms Bonanni became the Fundraising Coordinator. of the Cancer Council, opening her eyes to a quite different segment of the town, some of its most vulnerable people.

“You don’t come across people with such great needs in your everyday life,” she says.

The word passion gets a frequent mention in my talk with her: “I so want to do so much more for Alice Springs.”

Believes Alice needs to reach a stable population of 30,000, adding more people to do the heavy-lifting needed to make the town thrive, says Ms Bonanni.

PHOTOS (taken a few years back) Ms Bonanni’s husband Fabio and their youngest son Jacob Ennio Bonanni, at the family brickyard. Young workers previously employed there: (Centre) Andy North, who has gone on to serve in the Australian Army in Afghanistan. At right: Nathan Findlay, who is now a baker at the Bakery in Elder Street.