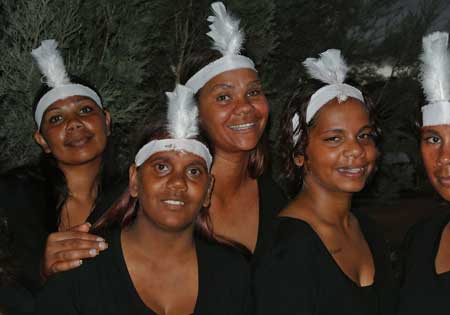 FOR UPDATES, see below.

The Opposition is describing the government’s intentions for the Aboriginal Areas Protection Authority (AAPA) as “a dangerous plan to scrap” it.

Shadow Minister for Government Accountability, Ken Vowles, said in a media release today that Chief Minister Adam Giles “plans to abolish the Aboriginal Areas Protection Authority in favour of his own hand-picked board, eradicat[ing] any independent referee in determining, enhancing and preserving important Aboriginal cultural sites.”

Mr Vowles also said Mr Giles appeared to be “over-riding his own Minister for Parks and Wildlife, Bess Price, on, who in question time today said it had nothing to do with her”.

However,  Bess Price, as Minister for Community Services, said, also in a media release, that she has no plans to sack the AAPA board.

“This is another hysterical beat up by the Opposition devoid of facts and ideas,” Mrs Price said.

The controversy  follows recent conflicts between the AAPA and the Mbantua Festival about the use of the Old Telegraph Station in Alice Springs, when organisers claimed some custodians had not been happy with traditional dancing to be performed on the site.

Said Mrs Price: “The Aboriginal Areas Protection Authority is known for its capacity to negotiate outcomes in situations where development and sacred sites coincide.

“The facts are that the former Minister for Regional Development directed a review of AAPA and a suite of changes to the Sacred Sites Act to be put forward for Cabinet consideration.

“I have no role in the review, and am waiting on the report to be provided to me.

“I want to ensure the Sacred Sites Act places an emphasis on achieving a balance between preservation and enhancement of Aboriginal cultural tradition and the aspirations of all Territorians for their individual economic, cultural and social advancement.

“The current structure of the authority supports this process, but I think there could be further efficiencies to benefit the authority and its stakeholders.

“I am keen to see the report before any decisions are made. 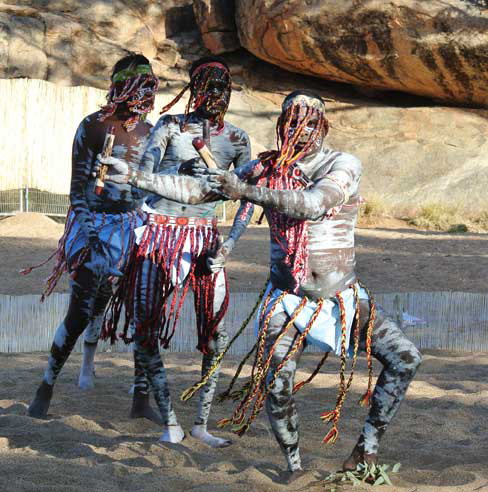 “I have been advised the report is currently being prepared by AAPA, and as part of that process, the chief executive briefed the board yesterday on some of the proposed changes.”

Alison Anderson, MLA for Namatjira and formerly Regional Development Minister, told the Alice Springs News Online this morning that she and Member for Arnhem Larissa Lee were invited to attend an AAPA Board meeting this week. Following the meeting they requested a briefing from Minister for Community Services Bess Price, which they’ll probably receive next week.

Were members of the board concerned that the board might be axed?

Should they be concerned?

“I’d prefer to wait for the briefing. We might be jumping at shadows,” said Ms Anderson.

The media release from Minister Bess Price has been modified in relation to what the review of AAPA is doing. It now reads: “The facts are that the former Minister for Regional Development initiated a reform process through consultation to identify minor legislative amendments to the Sacred Sites Act to be put forward for Cabinet consideration.”


Mr Vowles to the Chief Minister:  The Aboriginal Areas Protection Authority has worked hard to protect sacred sites across the Territory, including sites potentially affected by the Ord River expansion scheme. They have taken legal action against those who have damaged sacred sites, including government agencies.

Yesterday the board of the AAPA heard of your plans to change sacred site legislation to dump the current board and replace it with a board hand-picked by you. The Minister for AAPA, the member for Stuart, would not meet with the board about your proposed changes. The board has, in turn, had to turn to the former minister, the member for Namatjira, and the member for Arnhem for help and advice.

Why are you attacking the AAPA board, a group of eminent Territorians just doing their job?


Mr Giles: … You could have asked the minister responsible for AAPA. Yes, we are looking at the Aboriginal Areas Protection Authority Act. We look at different pieces of legislation on a regular basis.

A whole lot of work that has been done by the Sacred Sites Authority over many years. We respect the work they do, we respect the work our land councils do in regard to sacred sites, and we are looking to see how well the act is functioning and whether it needs to be any changes or improvements. It is a thing we do on a regular basis.

I am happy to hand over to the minister responsible to explain what is happening with the Aboriginal Areas Protection Authority.

Mrs Price: Madam Speaker, I thank the member for Johnston for raising the question. At the moment we are looking at ways of better utilising AAPA and the committee …

Ms Fyles: No, it is a fundamental change.

Mrs Price: We are reviewing it at the moment, for your information …

Ms Lawrie: Getting rid of the board.

Ms Fyles: Getting rid of the land councils.

Mr Elferink: It has nothing to do with me.

Mrs Price: It has nothing to do with me.

PHOTOS, TOP: Arrernte women dancing at Mbantua Fetsival. AT LEFT: Men from Borroloola at the festival site at the Old Telegraph Station in October.

Neville Perkins’ criticism of AAPA’s dealings with the Mbantua Festival.

‘Get the Aboriginal Areas Protection Authority into line’, a Letter to the Editor by Steve Brown followed by vigorous community discussion.