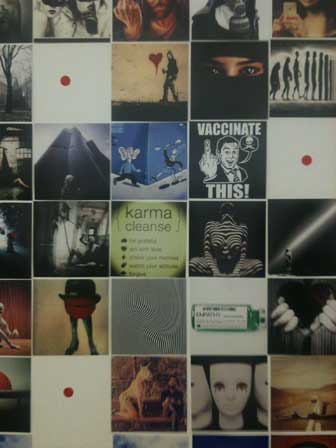 Opening night for an exhibition is not always the best time to experience the art. It’s more of a social occasion and the conversations are often about anything other than the show. Not so the opening night for verisimilitude at Watch This Space, when its creator, Navid Dixon (aka David Nixon) curated not so much his images as his viewers – or should I say visitors because this is not just about looking.

On two walls is a more or less random assemblage of Instagram images. (Instagram is an online photo-sharing, video-sharing and social networking service.) Before the doors opened viewers could buy a red dot, at a dollar a dot. This earned them the right to choose an image that they could then remove, leaving the red dot in its place.

I wasn’t the only one to bridle: this was going to change the work inside without me even having had a chance to look at it! The first person through the door had 24 dots – what if he pocketed the most interesting images?

But therein lies the point. Nixon is bringing into the physical realm (the gallery) the interactivity that is the hallmark of social media. He attaches no particular meaning to the 2000 images he has gathered on the wall. They are a selection of, as his lovely subtitle puts it, “haunted, melodic and abject images” that take much of their meaning from their vast collectivity – generated by them being so utterly various and shared at such scale – and they are more or less infinitely replaceable. 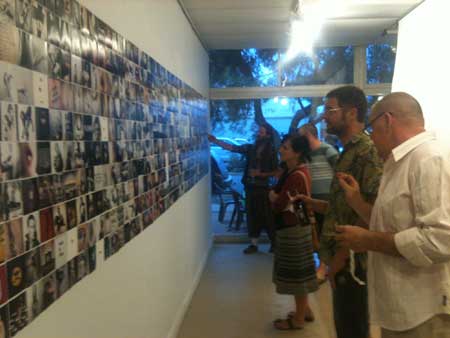 In fact, that is precisely what he’ll be doing at the start of each day of this show: replacing the previous day’s red dots with new more or less randomly chosen images, so that the process can begin all over again.

And this selection is not all. There’s also a chance to compose. A loungeroom has been set up in the centre of the gallery – floor rugs, cushions, lounges, music, video – and there’s a supply of thick bundles of more Instagram images for you to play with and sequence into some kind of meaning. Some bundles have been sorted into rough categories, some not.

A blank wall has been set aside for these visitor-composed sequences to go on display. This is an enjoyable, satisfying exercise. The images for the most part don’t have an immediate personal connection (although I was able to find a couple that did for me, and perhaps everyone can as there are so many to choose from). The distance created by the anonymous source of the image generates a kind of creative freedom to make of their various juxtapositions what you will. It was a bit like putting together a dream.

It didn’t take long for quite a few sequences to go up. No point being precious about your creations though, because other people are free to add to them and this was also happening. 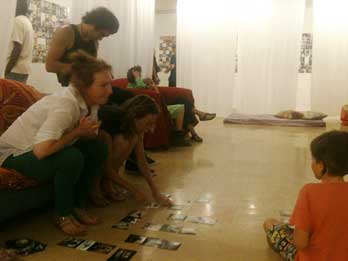 David Nixon (pictured below left) was last year awarded The Lofty by Watch This Space, a prize named in honour of its founder and prominent Alice Springs artist, the late Pamela Lofts. The Lofty acknowledges an individual’s contribution to the Alice Springs creative community. As part of the award Watch This Space provides an exhibition opportunity free of charge. In Nixon’s case, verisimilitude is this exhibition. Like his work over 22 years it’s marked by a warm, lively, socially engaged generosity.

He’ll be at Watch This Space this week, from Wednesday to Friday, 12-4pm, “sitting” the show – much too passive a notion for Nixon. He’ll take advantage of being there to offer anyone who’s interested “weird portrait photography workshops”. Some of that will be about increasing your technical skills,  showing you, for instance, how to make the most of your mobile phone’s camera (something that would have been useful for me last night!) Then you too will be better equipped to add to the “haunted, melodic and abject images” of the world.

SCROLL DOWN FOR MORE PHOTOS 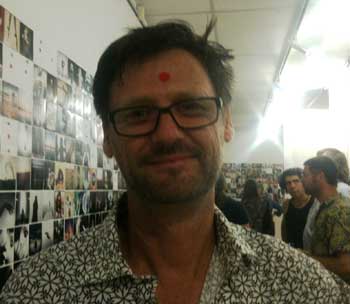 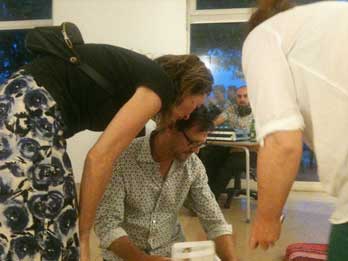 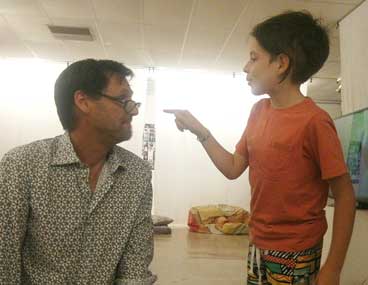 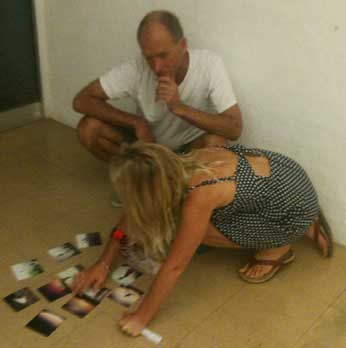 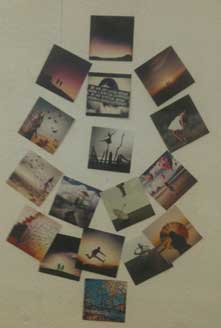 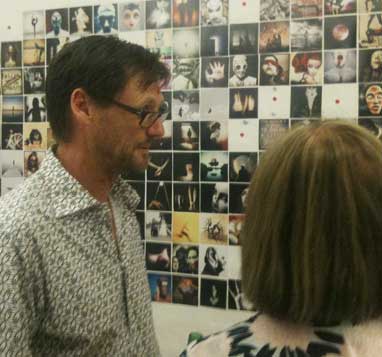