The street is to skaters what the ocean is to surfers 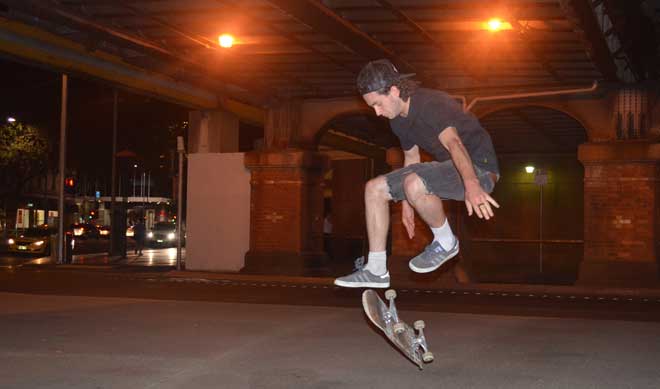 Rainer Chlanda (pictured above) was born and raised in Alice Springs, as was his love of skating. When he relocated to Melbourne in early 2010, skateboard underfoot, he quickly got  a job with Skate Services YMCA which runs the city’s Skate Safe program. Stints on Skate Safe continue to be a regular part of his youth work employment.

Alice Springs News Online asked him for a perspective on what ‘the street’ means to skaters, why skating the street is central to their culture. His views are not published to specifically reflect on the trial of skateboarding in the mall (and he does not represent local skaters) but rather to give a broad insight into skaters and their passion for the urban environment. 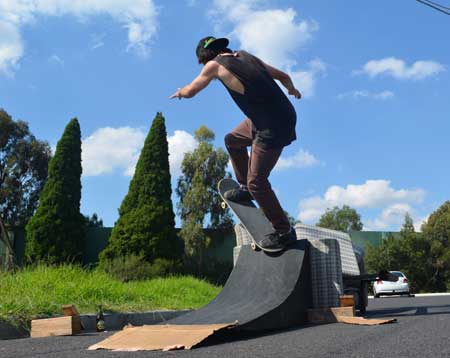 As many may be aware, skateboarding spawned from surfing sometime in the 1950s as an alternative to surfing when the waves were flat. Just as surfers achieve their eloquence by unifying with and conquering the ocean (something that has occurred naturally), skateboarding can only achieve its yearned artistic expression when done in a ‘natural landscape’. Skateboarders define any terrain that isn’t purposefully built to skate as natural. Skateboarding is inherently something done outside of regiment.

Right: A skater’s ‘natural landscape’: whatever is not purpose built for skating.

To understand this you have to understand what skating is, or more correctly what it is to its community. Skateboarding can be, and often is, dismissed as kids playing with toys, but by using this kind of shallow reasoning one could diminish music as simply a series of noises.

I for one see skateboarding as having more similarities to dancing than to any organised sport: there are no rules, no structure, no limits, just pure unbounded freedom. The skateboarder could be better understood as a dancer with the mindset of a street artist, constantly looking to adapt to and utilise the urban landscape in the course of making something spectacular. Skateboarding is an art form.

To the untrained eye it may look like skateboarders are doing different manoeuvres in a uniform fashion, but a major element is the ‘style’ with which they perform their tricks. Their style is their trick selection, creativity, and expression through body language. Style can only flourish through innovation, and innovation can only exist in a natural environment. Otherwise we would be merely using provided obstacles for their intended purpose. This is why skaters consider skate parks a training ground, where we practice before taking our work to streets. If skating were solely confined to the skate park it would lose its soul. Freedom and creativity are paramount. 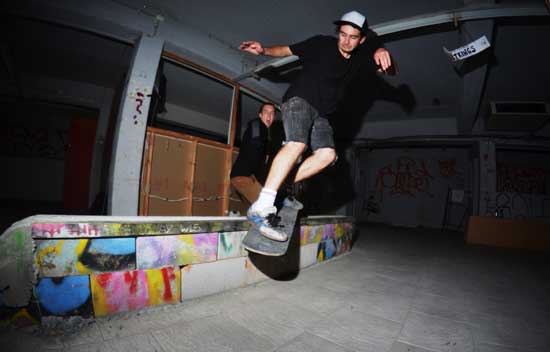 Above: A skater’s style is trick selection, creativity and expression through body language.

I may stand alone on this, but I even feel it’s somehow comforting that a subculture exists that is able to source endless creativity and joy from this vast concrete jungle we live in. We breathe a second life into the sea of construction, initially intended to provide for basic purposes, void of any passion. We see the urban world through different lenses: where some may see a banal, stinking, desolate parking lot, we may see paradise.

Aldous Huxley said, “A child-like man is not a man whose development has been arrested; on the contrary, he is a man who has given himself a chance of continuing to develop long after most adults have muffled themselves in the cocoon of middle-aged habit and convention.” I feel skateboarders are living testimonies to this statement, we have hung on to the spirit of the mischievous child. And just like a mischievous child, if a figure of authority tells you not do something, this creates a further incentive to carry out the act.

This is not to say that skaters are antisocial or people who pride themselves on being public nuisances. It’s more that we’ve found something that is, and needs to be, completely unbounded, and any threat to this essential element is therefore met with resistance.

You’ll find if the public accept and welcome skateboarders into their domain the skateboarders will feel compelled to be courteous and considerate in response. Doing something out of your own volition is empowering, it gives you a sense of ownership and pride in the act. Conversely following an order makes you feel subservient, dejected, despondent and disengaged, often creating contempt for the enforcer and the organisation they belong to.

In a nutshell, respect gets respect. Embracing the skating community is embracing harmony.

Below: The board alternative when the surf’s flat. 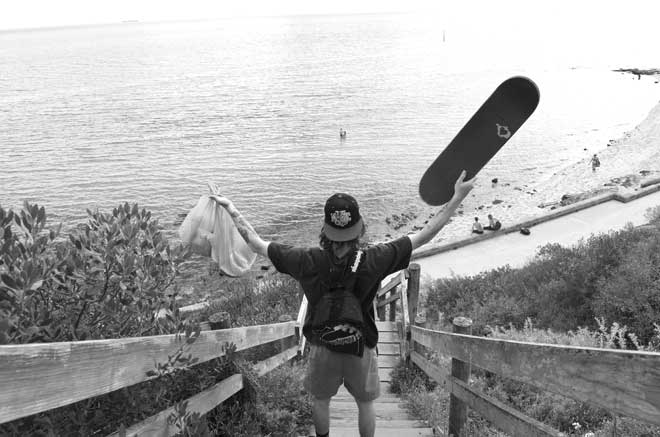