Symphony under the stars 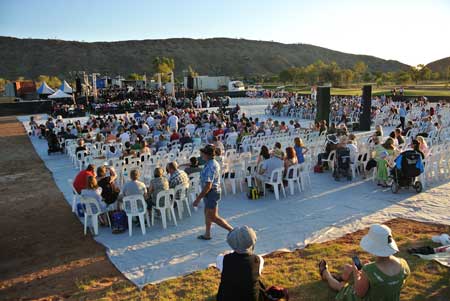 About 700 people came to the Ayers Rock Resort last week to hear the Darwin Symphony Orchestra play under the stars on Friday and Saturday, and 3200 people listened to the concert at the Alice Springs golf course (photo) on Sunday evening.

While the Alice patrons were charged just a gold coin, the admission was heftier at The Rock, an average of $1500 to $2000 per person if traveling as a couple, for a two nights’ stay, flights, concert and dinner. Some went to the concert both nights.

The NT Government kicked in $250,000 to assist the orchestra with operational costs.

People from the NT made up 31% of the audience, the remainder were mostly from NSW and Victoria.

The event delivered 100% occupancy at the resort on both Friday and Saturday.

The lead time for an international promotion was not long enough, says Mr Di Maria.