The Tongue will hip hop to Alice Springs 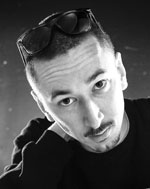 “He will be on his national tour and is coming to play a gig here in Alice for free, at Bojangles,” says SkankMC.

“He has just released his third album through Australian label Elefant Traks and Alice will be the last stop of his tour.

“I have organised this gig independently at quite a large cost to myself and it will be free entry, a huge night of hip hop in Alice Springs purely to support the developing music scene here in Alice and have a bloody good time.

“An electric live performer whose confidence with the pen is matched and sometimes bettered when on stage, The Tongue’s live show is co-anchored by DMC Champ DJ Skoob, making this one of Australian Hip Hop’s most dynamic duos.

“The Tongue has also played most of the important major festivals and Hip Hop events on the calendar including Big Day Out, Groovin The Moo, Good Vibrations, Sydney Festival, Sprung, Come Together and many more.

“Recently seen touring the East Coast with Mac Miller, The Tongue’s ‘Surrender To Victory’ tour will include a host of special guests from across his extended fam coast to coast,” says SkankMC.