What's happening with the landfill? 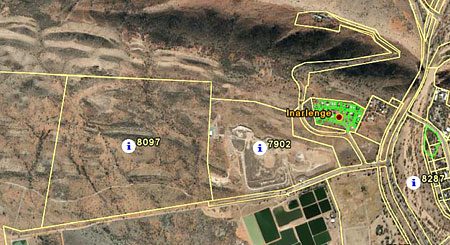 Mayor Damien Ryan is not saying whether the public has been informed about the Town Council’s current negotiations for land to expand the rubbish tip in its present location, and if so, when and how that disclosure was made.

The negotiations were reported by the Alice Springs News Online as discussion is resuming about shifting the landfill from a location where it will be in the middle of the town, given its growth pattern.

“I don’t have money in my budget for a new landfill somewhere. We need to extend the life of this landfill. That’s what we worked on for the last five years,” says Mayor Ryan.

He discussed the issue with the News: How much would it cost to create another landfill and retire the current one, except for the transfer station, which could equally serve a tip at, say, Brewer Estate?

MAYOR: I have to get you these figures but it is in the millions and millions of dollars. There are services you need to provide for the existing landfill, for 30 years I think it is, after you leave a landfill, then the purchase of new land somewhere, and then the green miles to carry the product to the new landfill. I just don’t think we have a big enough community to entertain that sort of millions and millions of dollars worth of costs.”

NEWS: You are now thinking of buying new land, and you’ve got to look after the existing landfill in any case, whether the new part of the landfill is going to be in the present location of elsewhere. What would be the difference in cost?

MAYOR: At this stage there is no discussion in council over shifting the landfill.

NEWS: How were council plans for the extension of the landfill made public and how much more would it cost to have the new section of the dump in another location?

The moving of the tip, with just the transfer station now being built remaining operational, has been mooted many times, including in July last year.

In 2000 the council commissioned Maunsell McIntyre to draw up a landfill management plan which has, in part 3.8 on page 19, a chapter on site rehabilitation: The final landform will be consistent with the slopes and forms found between Commonage Road and the Heavitree Range … once filling is complete, the site will be restored to reflect site conditions in its vicinity … active future use of the site is not envisaged … to ensure that adequate cover material is available when required on site, suitable material will be stockpiled as it becomes available … landscaping of capped areas will be conducted in accordance with a landscaping plan.

AERIAL PHOTO at top: Lot 7902 is the existing landfill. It it understood that the town council is negotiation for the lot to the west (left) of it, number 8097.

By OSCAR PERRI "Revitalise the Alice Springs campus to keep bright young Alice locals in the town, and get them into good jobs here." That's the...
Read more
Issue 14

By STEVE MENZIES Half-way through the KFC Alice Springs Netball Association season and the Wests Netball Club is in trouble. Its A-Grade side is not competitive...
Read more