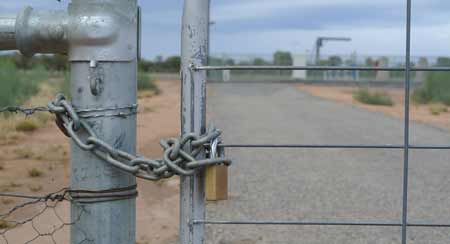 Housing blocks will go on the market for $160,000 to $180,000 average in the new Kigariff suburb and its development is 18 months ahead of the former Labor Government’s schedule, Chief Minister Adam Giles told the Chamber of Commerce budget luncheon yesterday.

He said the government will subsidise the project to the tune of $3.5m and expressions of interest from developers of 100 blocks in Stage 1 will be sought next week.

Mr Giles said the project demonstrates government resolve to foster growth: In town there will be a “blanket” seven storey height limit in the CBD.

More than $10 million is being invested to deliver headworks to the Kilgariff site, Mr Giles said in a media release yesterday afternoon.

“I expect a preferred proponent will be appointed by the end of August, and we will work with the developer to get lots for sale off the plan as soon as possible after that,” Mr Giles said.

PHOTO: Kilgariff – the lock will come off 18 months sooner.

By STEVE MENZIES Alice Springs again proved to be the NT champion of junior netball winning three of the four divisions in the NT Link...
Read more
Issue 10