Debate is on again: A cable car, a restaurant for Mt Gillen? 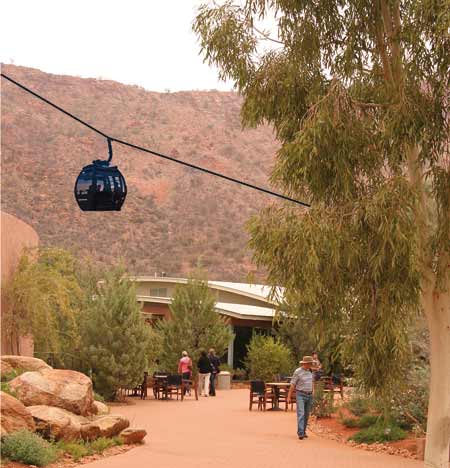 A restaurant on top of Mount Gillen and a cable car to take people up there are being discussed informally, as part of a wish list, by members of the Town Council, the Alice Springs News Online has learned.
The idea has been raised many times in the past 40 years.
This time the suggestion has been made to have the starting point at the Desert Park (at right, with Photoshopped cable car), reliable sources are saying.
The News has sent invitations to comment to Mayor Damien Ryan and all councillors, and we have spoken to some of them.
They say the issue has not been placed formally on the agenda.
Cr Brendan Heenan said “if the idea ever came up” he would support it.
“The town needs a bit of a wow factor,” he said.
It was his understanding that last time the proposal was raised, Indigenous groups had given their support to it.
Cr Dave Douglas said he had not heard about the proposal and he would not favour it: “There are a lot of other things in town before we need that.” He named “getting more people and more mining” as some.
Cr Eli Melky says he had “not seen the idea on the agenda” but described it as a “great idea” and “fantastic” and would support it.
He compared it to the Mount Lofty restaurant and cafe in Adelaide.
Cr Jade Kudrenko said if the council were to commission a report on the idea she would be “very interested” to read it.
Cr Chansey Paech said he is “open to listen” and “would not rule anything out” so long as it is “financially feasible and the traditional land owners give the go-ahead”.
Cr Paech says he would oppose the project if traditional owners were in conflict with it.
“I would support cultural interests,” he said. “The town needs to take account of them.”
Cr Steve Brown says the concept has been around for a long time.
“I have always supported it,” he said. “We could develop an absolutely fantastic walk along the top of the ranges.
“We have to deepen our tourism product, make it more exciting.”
He says the facility would be used by locals and tourists alike, and add “extra excitement” to what’s available.
“The question is, why haven’t we been doing things like this before?
“We need to provide more for our tourists.” 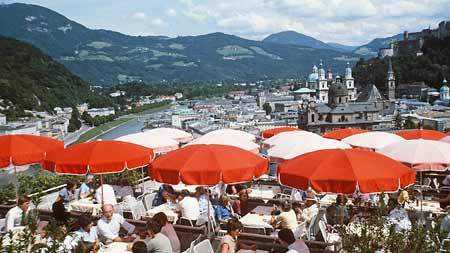 The top of Mt Gillen at present is accessible only on foot or by helicopter.
The road to the telecommunication towers near Heavitree Gap is usually closed.
Walking access is available via an informal trail starting at Flynn’s Grave, or through several gullies on the southern flank of the range.
The top of the range is undulating but trekking is easy and rewarded by spectacular views all round, including the town and the magnificent vista to the West MacDonnells.

UPDATE Monday, May 6, 2pm:
Cr Geoffrey Booth said today: “I brought up this topic at our last forum meeting.
“We as councillors had been asked what we thought would be a good project to wish for in line with the Federal election in September.
“I expressed that we should look outside the general topics ‘roads, rubbish and rates’ and bring something that would enhance and drive tourism within the southern part of the NT (especially Alice Springs). 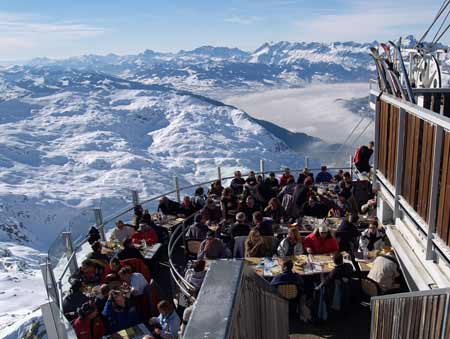 “We understand that something of this magnitude would be outside the budget council has but between the Federal and NT governments, the Alice Springhs Town Council and private enterprise, I especially felt this could become reality.
“I would be against further spending for infrastructure so I also proposed using the Desert Park as the base station.
“At this point in time, council has not requested any costing or designs but I would be very happy to continue this discussion.”
•
PHOTOS: The visitors’ centre at the Desert Park,with Photoshopped cable car (top). • The Grand Café Winkler, perched at the top of a sheer cliff overlooking the ancient city of Salzburg. It is accessed by an elevator inside the mountain. The site is now used for the Museum of Modern Art (centre). • Patrons on the restaurant terrace on top of Le Brevent, accessible by cable car from the resort town of Chamonix, get a magnificent view of the alpine region that includes Europe’s highest mountain, Mont Blanc (bottom).