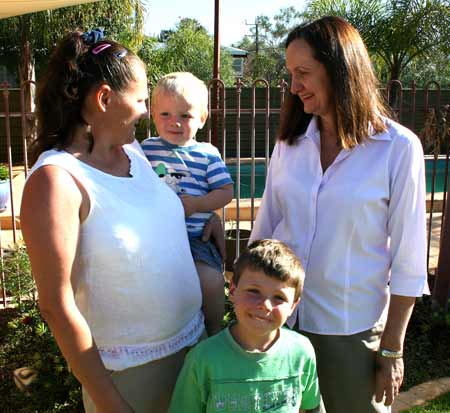 A youth curfew during periods of period of “high social unrest,” grappling with how to make parents pay for the damage done by their kids, an institution for young people out of control or with special needs, the government paying up to half a million dollars a year for some children in residential care services, massive cuts in Federal funding for child welfare and protection – these are some of the waypoints on the long and lonely road of the Minister for Children and Families, Robyn Lambley (pictured with constituents, photo supplied by her office). She spoke with editor ERWIN CHLANDA.