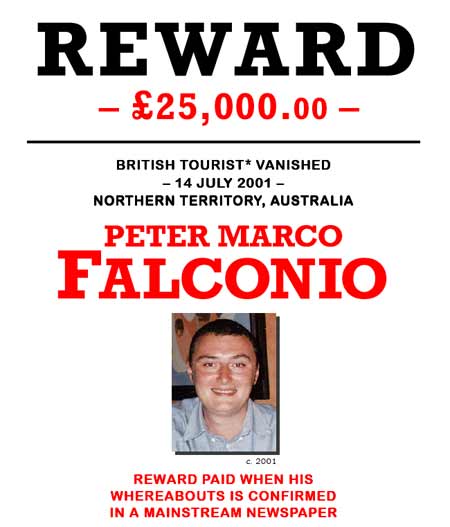 Posters in Alice Springs offering $40,000 for disclosure of the “whereabouts” of Peter Falconio were the subject of a curiously cautious debate during the town council committee meetings last night.
Mr Falconio disappeared near Barrow Creek in 2001 and Bradley John Murdoch (pictured below, image Wikimurder) is serving a 28 year sentence for his murder.
Keith Allan Noble in his book “Find! Falconio – dead or alive” claims Mr Murdoch may be innocent.
Cr Eli Melky started the discussion by referring to a “recent attempt to capitalise on an unfortunate incident regarding a victim in or around Central Australia, I prefer not to mention the name” and asking council do something “if there is misleading and false advertising offering rewards” which may be in conflict of “stringent legislation”.
Director Technical Services Greg Buxton said he was unaware of the poster and – this being a public meeting – Cr Melky offered to talk to him “later, afterwards, if you like. I have some information I can show you” rather then disclosing it in the public part of the meeting.
This was an odd tack for Cr Melky who likes to be known as the champion of transparent government, and considering the story had run both in Australia and Europe.
Cr Liz Martin also suggested the matter may be raised in the “confidential” part of the meeting closed to the public, later in the evening.
Mayor Damien Ryan clearly thought this was a bit over the top: “I’ve been doing media throughout Europe for the last couple of days on this issue. I think if you look closer at it [the book author linked with the campaign] is on a mission”.
Mayor Ryan said: “I made the mistake saying he’s raising money before finding out he’s giving away the book free. I don’t know where we go with it.” 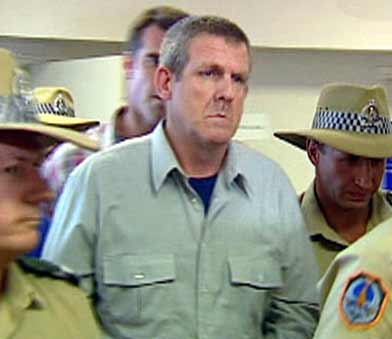 Cr Melky said whether or not the council acted on the matter, it would generate publicity but “we must protect our own brand, which is the Alice Springs town” and this would serve as notice to “those who willingly come in to capitalise on anything that happens [here].”
CEO Rex Mooney, asked to comment by Cr Martin, who was in the chair, said if the council wanted him to act (which in the end it did), he would be referring the matter “to the appropriate body”.

UPDATE May 17, 2012 07:30am: Meanwhile the author of the poster, and a book about the case, Keith Noble, has described Mr Ryan’s remarks as “rubbish”.
Dr Noble, who gives his address a location in inner city Vienna, Austria, says in a letter to the Mayor: “No doubt you are critical of those residents for posting the posters in Alice Springs.
“Your ill-conceived remarks surfaced on an English newspaper website” quoting Mr Ryan as saying that Dr Noble’s reward offer was a “cheap stunt”.
He says: “Yes, it is only A$40,000 (£25,000) but people have spoken to me about contributing more so the reward can be increased.
“But I think that your remark really relates to your inaccurate belief that the poster is part of a book promotion effort.
“To accuse good people who seek the truth as being involved with a cheap stunt is indescribably offensive to me.
“Surely you have not forgotten the gross miscarriage of justice that was the Dingo-Baby case. Murdoch was set up. It was a show trial.
“So-called evidence was manipulated, other evidence was withheld from the trial. There was not one shred of incontrovertible evidence
presented at the trial that proved guilt, or proved a murder took place.”